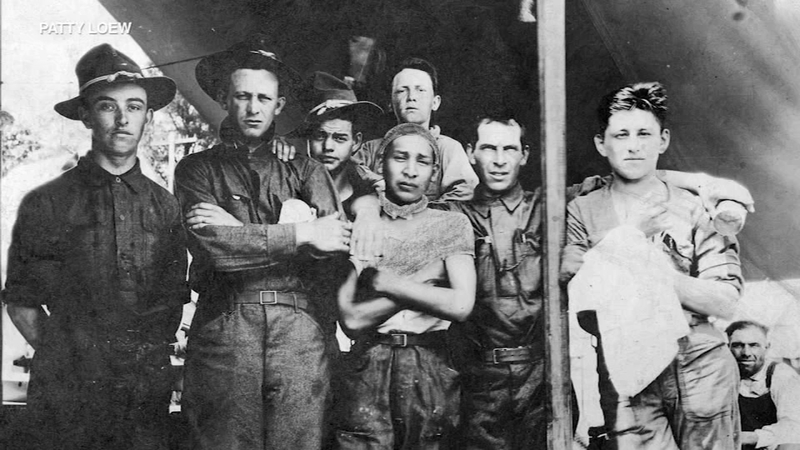 CHICAGO (WLS) -- Patty Loew's grandfather fought in World War I, part of a long tradition of Native Americans who have joined in the U.S. military.

"I could never understand why he would volunteer because they weren't citizens," she said. "They didn't have to serve."

"This was a theme I found repeated throughout Indian Country, the United States is at war. Our homelands are threatened. So we're going to protect our people," she said.

Joseph Podlasek is the founder and CEO of Trickster Cultural Center in Schaumburg. The center has exhibits on Native American military service.

"We have engaged in every war the U.S. took part in," Podlasek said. "The military is deeply embedded in our culture."

Podlasek and Loew said some Native Americans have been motivated by family and tribal traditions.

"Some men and women were born into war clans so they were obligated to be protectors," Loew said.

Others wanted a better life.

"I was working at a flower shop which I loved, but it was minimum wage," said Jennifer DeBouver, who was 22 when she decided to enlist in the U.S. Army.

She said she believes many Native Americans continue to enlist in the military for the same reasons she did.