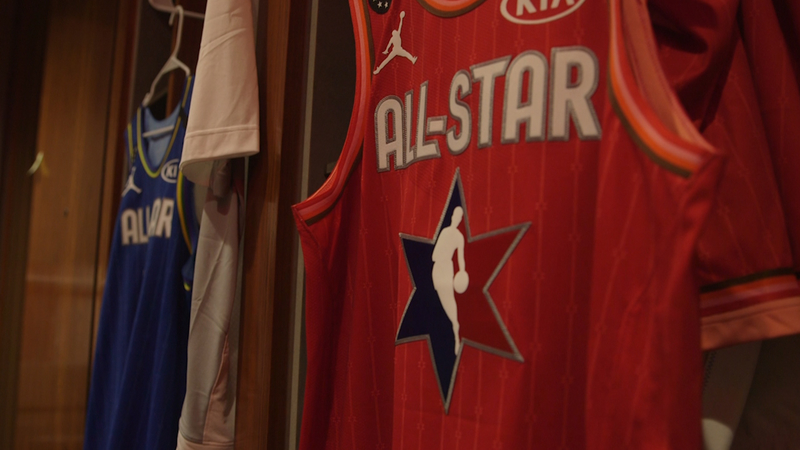 CHICAGO (WLS) -- The NBA and Jordan Brand tried something new with jersey and apparel designs for NBA All-Star Weekend 2020, creating every detail of apparel with the city of Chicago in mind.

"We said, 'Hey, what would a city edition for NBA All-Star Weekend in Chicago look like," said Keri Lenker, Director of NBA On-Court & Brand Parnerships.

"That is where we netted out with the design via the color story of the Chicago transit system, the 'El' trains."

All eight CTA lines - blue, red, purple, orange, green, pink, brown and yellow - are represented by jerseys for each of the four competitive games over the weekend.

Team Lebron will wear blue and Team Giannis will wear Red in the showcase game. Each of those two jerseys is also outfitted with stripes to represent throw-back Chicago Bulls jerseys, and all apparel features the six-pointed star from Chicago's flag.

"I think the best memory is when each player walks into the locker room, whether their a first time all-star or a fifteenth time all-star," said Christopher Arena, Senior VP of NBA Identity, Outfitting & Equipment.

"All the hard work you put in, all the people who sacrificed for you to get to that point. To have the ultimate achievement of being one of the 24 best in the world."

Additional jersey elements were changed after the death of Kobe Bryant, his daughter Gianna, and seven others in a helicopter crash on January 26.

Team Lebron will all wear the number 2 to honor Gianna Bryant, while Team Giannis will all wear number 24 to honor Kobe. A black patch with nine stars was placed in front of the right shoulder to honor all of the crash victims.