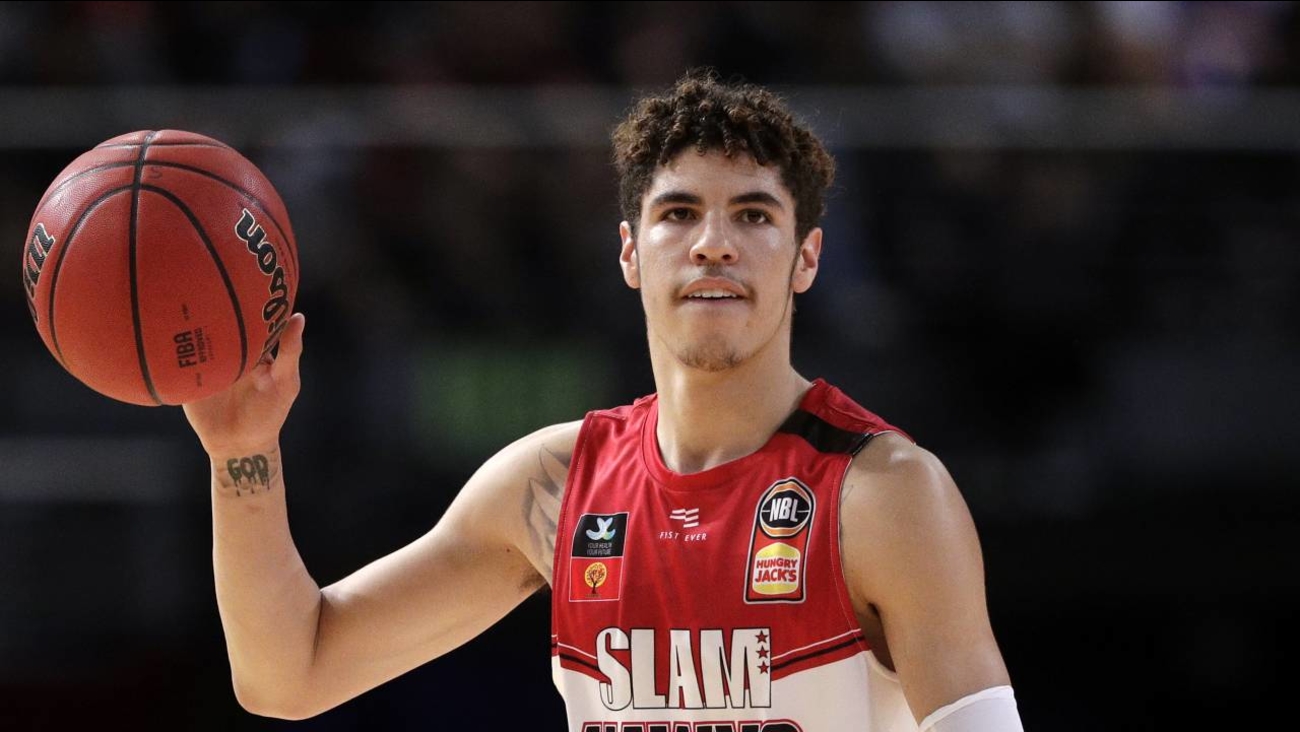 In this file photo, LaMelo Ball of the Illawarra Hawks carries the ball up during their game against the Sydney Kings in the Australian Basketball League in Sydney.

CHICAGO (WLS) -- The Chicago Bulls moved up to the number four spot in the 2020 NBA draft after the annual draft lottery was held Thursday night.

The Bulls entered the lottery with the seventh best odds for getting the top pick, which went to the Minnesota Timberwolves.

The Golden State Warriors will have the number two pick and the Charlotte Hornets received the number three overall pick.

The draft, originally scheduled for June, is set for Oct. 16. But nobody knows yet when the new draft picks will make their NBA debuts, since the start of the 2020-21 season is not yet determined.

The NBA had been hoping for a Dec. 1 start to the 2020-21 season, though Commissioner Adam Silver said on the ESPN telecast of that draft lottery that date now "is feeling a little bit early to me."

Unlike a year ago, when Zion Williamson was clearly going to be the first selection, there is no consensus about the No. 1 pick. Top candidates include Georgia's Anthony Edwards, Memphis' James Wiseman and LaMelo Ball - the brother of New Orleans guard Lonzo Ball.

The Bulls have picked fourth four previous times, selecting Eddy Curry in 2001, Marcus Fizer in 2000, Kelvin Ramsey in 1980 and Tom Boerwinkle in 1968.