WASHINGTON -- North Carolina NAACP President William Barber tells ABC11 he was removed from a flight in Washington D.C. Friday night and that there are concerns as to why he was asked to de-board the plane.

American Airlines Flight 5382 was scheduled to take off for Raleigh-Durham International around 10:20 p.m. when a spokesperson with the airlines told ABC11 that prior to departure, the captain called for the flight to return to the gate for a disruptive passenger.

They said the passenger was escorted off the plane at the gate.

Barber said he was returning from a national interfaith event in Washington, D.C. where he was the keynote speaker.

In a statement released Saturday evening, Barber said he was tired as he boarded the plane and had sat down in the two seats he purchased due to a bone fusion arthritic disability.

He said he requested a flight attendant to ask a man sitting behind him to not speak so loudly.

"But as she left, I heard him saying distasteful and disparaging things about me," he said in the statement. "He had problems with "those people" and he spoke harshly about my need for "two seats," among other subjects."

He became uncomfortable and had to stand up and turn around as opposed to just turning his head to confront him due to his disability, according to Barber.

"I asked him why he was saying such things, and I said he did not know me, my condition, and I added I would pray for him," he said.

Barber said the police were called and asked him to leave.

The airline told ABC11 that when the decision to return to the gate was made, the plane had pushed back from the gate and was taxiing to the runway. Barber said it all happened before the plane's crew gave safety instructions.

Barber said that "Virtually all the police officers and American employees were gracious to me. Some were openly troubled by the decision to force me to spend another night away from home."

"They were genuinely concerned, some even bothered," he added. "They also assisted me immediately in getting another flight on the same airline."

However, Barber said there are concerns as to why he should have even been asked to de-board.

"I chose to abide by the request without challenge and to address later the issues, interpretations around what precipitated it, as well as my response and my treatment," he said. "I have turned this over to my counsel who have advised me, as is protocol, to speak with them first before any other statements are made. My prayer as always is fairness."

The airline would not comment on whether the incident was verbal or physical.

The passenger who says he was involved in the incident that got Barber removed from the flight also shared his side of the story.

The passenger, who asked not to identify him, both confirm they exchanged words on the plane over an accusation concerning the volume of the man's conversation with another passenger in the row behind the North Carolina NAACP president.

"Stewardess comes up, questions him about his seat arrangements because he had two seats, had paid for two seats," the passenger said Sunday. "Shortly after that ... seemingly that he actually had both those seats, he calls the stewardess back over."

"He calls the stewardess back over and says 'These guys behind me are talking way too loud, and could you please tell him to keep it down,'" the passenger recalled. "He could have turned around and said it nicely to me, instead of calling the stewardess up and making a little, small scene about it. That kind of aggravated me a little bit.

"In hindsight, I could have handled the situation a whole lot better," the passenger said. "So I proceeded to talk a little bit louder, and said something about him - words like 'I can't stand those types of people who would call someone over and say something to the stewardess,' rather than turning around and saying something to me.

"I felt a little bit disrespected, and so after I said 'I don't like those kinds of people,' he must have taken it out of context, in the wrong context. And that's when he stood up and turned around, and started arguing with me and saying. 'I haven't been able to walk in 14 years. I paid for both of these seats,'" the passenger said. "I said, 'That's great. I'm happy that you're able to be up and moving around again. That's awesome.' I was pretty much over the confrontation, I didn't want anything to do with it."

"At this time the stewardess had already walked up and asked him to please sit down, back in his seat," the passenger said. "He grabbed her wrist, and she immediately backed away and he sat down. A couple minutes later, the officer came onto the flight."

The passenger involved in the incident said that if he had the chance to talk with Barber face-to-face, he would apologize.

"I'd apologize to him. I was definitely out of line," the man said. "And I hope he would do the same for me and apologize, saying he was also out of line." 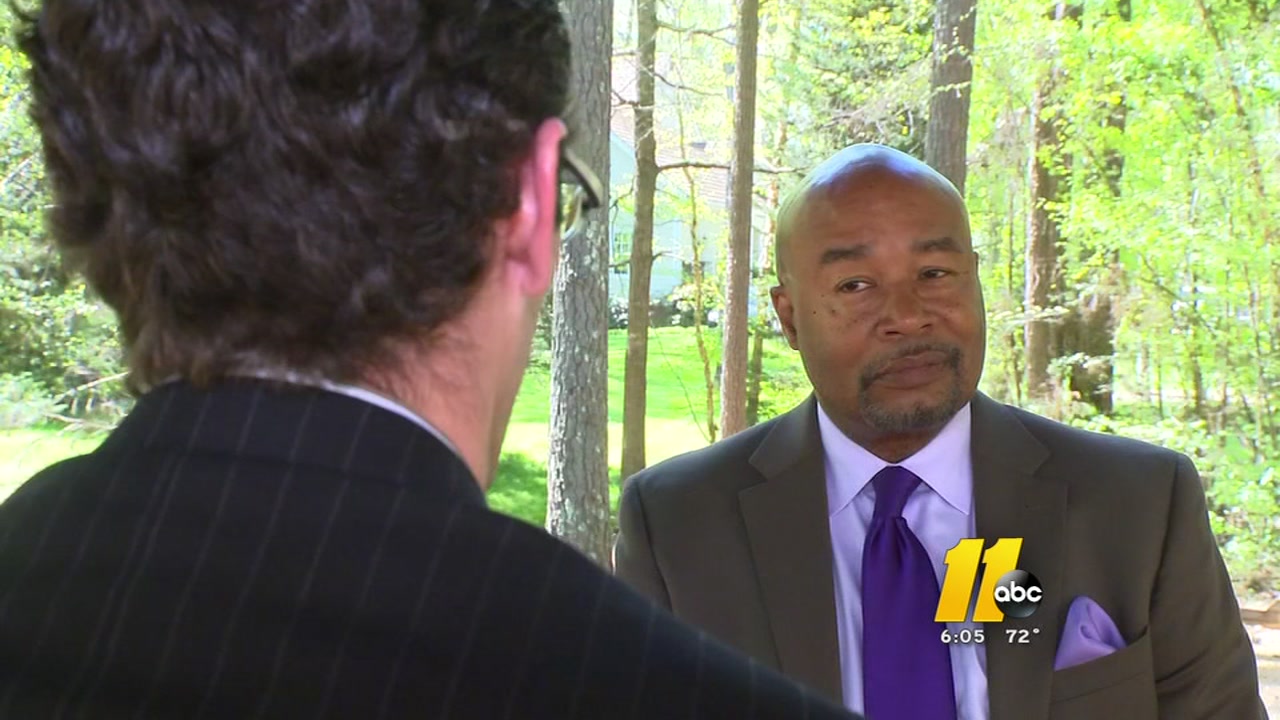