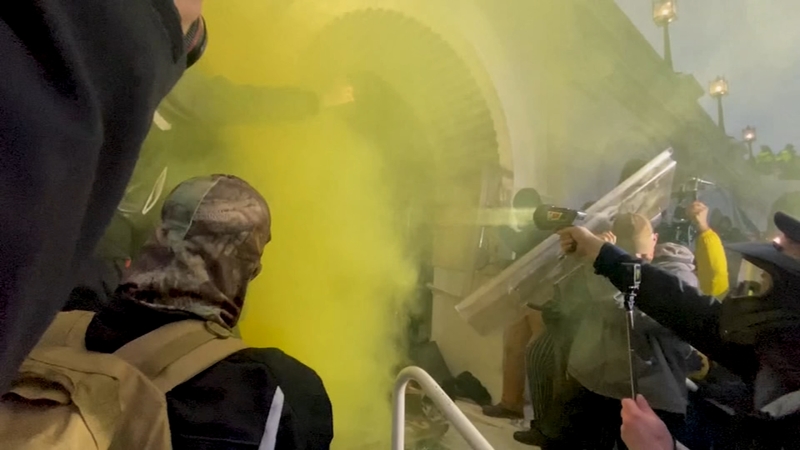 CHICAGO (WLS) -- A new intelligence report from U.S. Homeland Security puts Americans in the crosshairs of anti-government extremists for months.

The harrowing DHS report comes as FBI director Christopher Wray goes before the Senate Judiciary Committee, chaired by Illinois' senior Democrat Dick Durbin. Wray faced tough questions about what intelligence the FBI had leading up to the hostile takeover of the U.S. Capitol, when Trump partisans and domestic terrorists invaded the halls of Congress.

"Based on your investigation so far, do you have any evidence that the Capitol attack was organized by quote, fake Trump protesters?" Senator Durbin asked.

"We have not seen evidence of that at this stage," Wray answered.

Durbin questioned Wray to set the record straight about who was behind the deadly and destructive Jan. 6 attack on the U.S. Capitol, the same extremists that are now straining federal law enforcement resources.

"I join my Republican colleagues unequivocally in condemning left wing violence, but let's stop pretending that the threat of Antifa is equivalent to the white supremacist threat," Durbin said. "We need to be abundantly clear that the white supremacist and anti-government extremists are the most significant domestic terrorism threat facing the United States today."

Wray told senators that since he became FBI director in 2017, white supremacist arrests have tripled.

"We don't care whether it is left, right, up down, diagonal or any other way, if the ideology is motivating violence and it violates federal law, we're coming after it," Wray said.

The threat from white power extremist groups such the Boogaloo Bois, that the I-Team reported last October had been on a recruiting binge during COVID, a militia group issuing a call to arms on social media to confront Black Lives Matter protesters.

Boogaloo members are anti-government and angling for a new Civil War. Several were arrested in the wake of the Capitol attack and others are suspected of taking part in the rush on the Capitol.

In Tuesday's hearing, FBI Director Chris Wray supported the bureau's routing of intelligence prior to Jan. 6; reports from its field office in Norfolk that such a planned Capitol attack was in the works. Wray's answers were still not enough for some who see an FBI failure that could have averted the Capitol calamity.
Report a correction or typo
Related topics:
department of homeland securitysenateus capitolterrorismfbii teampoliticsu.s. & world
Copyright © 2021 WLS-TV. All Rights Reserved.
I-TEAM 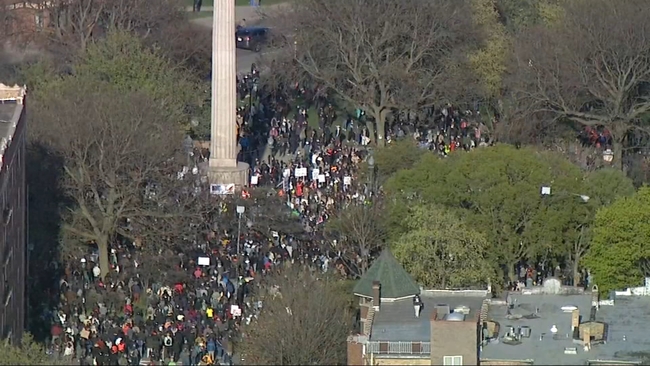