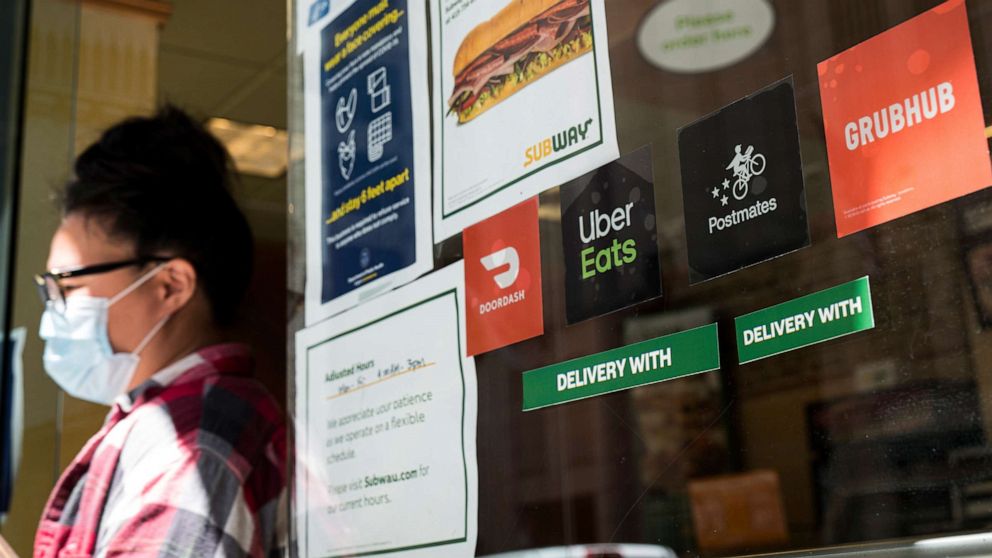 Food deliveries continue to be one of the only options left for restaurants to serve their customers in California amid COVID-19 related restrictions. A new law will now ensure that third-party platforms have direct partnerships with those eateries before adding menus on their apps.

Third-party apps like Uber Eats, Door Dash, Caviar and PostMates have removed tens of thousands of restaurant options as a result of the Fair Food Delivery Act that went into effect in California on Jan. 1.

Last September, Gov. Gavin Newsom signed Bill 2149 into law, which requires food delivery platforms to get explicit authorization from restaurants in order to list them on their apps for orders and deliveries.

The bill was first introduced by California State Assemblywoman Lorena Gonzalez last year after restaurant owners across the state spoke out against the practice of delivery services that were adding them to their platforms without notifying them.

"When Uber Eats, DoorDash and other gig companies operate under their own rules, businesses and consumers are harmed," she said when she first proposed the measure. "I'm grateful to see the legislature and governor stand up for small and family-owned businesses against massive overreach by delivery app companies."

From fast-food chains to fine dining, operators like Pim Techamuanvivit said the practice could hurt their businesses by posting outdated menu offerings, prices and other issues like failure to check the food quality, according to Food and Wine.

Techamuanvivit, owner of the Michelin-starred Thai restaurant Kin Khao, first took to Twitter last January to shed light on the delivery app issue when GrubHub, Seamless and DoorDash were listing her purported menu for delivery without her permission. She told the San Francisco Chronicle at the time that rules were necessary to protect both restaurants and customers, especially amid the pandemic.

"When these apps would just pull our menu from somewhere without letting us know, customers might order something that we don't offer anymore, especially if the restaurant's menu is seasonal," Techamuanvivit told the paper. "Customers don't blame the delivery company when they get told we don't have something, they blame the restaurant. That mistake isn't something we can take right now."

In California, where restaurants have been reduced to takeout and delivery options, chefs and owners continue to encourage customers to order directly from their restaurants to curb additional third party transactions and fees.

In a statement to "Good Morning America", a spokesman for GrubHub said they are fully supportive of the new measure.

"We believe partnering with restaurants is the only way to drive long-term value in this business -- and have only added non-partnered restaurants to close the restaurant supply gap created by our competitors," the company said. "We support banning the practice for all companies to ensure a level playing field."

A representative for Uber Eats and PostMates in California declined to comment on how the new law has impacted their platforms.

A new bill, similar to that of California's measure, was introduced in New York on Wednesday that would prohibit food delivery platforms and apps like DoorDash and Uber Eats from listing restaurants without written authorization.

If passed, restaurants that wish to be removed from a platform must send a written request and the food delivery platform would be required to remove said business from the app or website "immediately." If that platform does not remove the eatery upon request, it will face a $500 fine for every day that the restaurant remains listed after five days from the initial request.