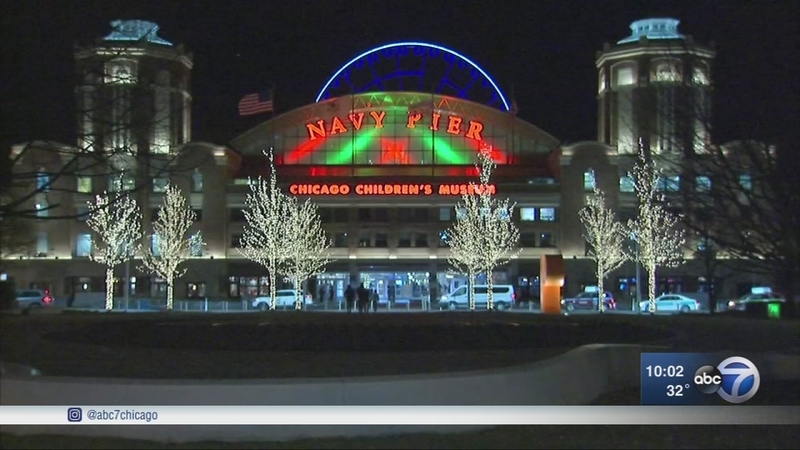 CHICAGO (WLS) -- The New Year is almost here and Chicago and other cities are getting ready for the celebrations.

Thousands will come to Navy Pier and hundreds of thousands to downtown Chicago bars and restaurants to ring in 2017. Friday night, Wacker Drive was slowly transforming into a New Year's Party spot.

Chicago police are quietly preparing to keep the city safe.

There is no known threat to Chicago but after attacks like the one at a Berlin Christmas market, police are increasing precautions.

Concrete barriers are already in place downtown and large city trucks will block areas where people are cleberating outside. It's similar to what the city did for the Festival of Lights and Thanksgiving parade events.

The main draw of Chicago, and Navy Pier, are the midnight fireworks.

"You get a prime view of that fireworks show. You can go right out to the south dock and catch it there or from any of the restaurants and parties," said Patel.

The show will last 15 minutes at the stroke of midnight to ring in 2017.

The CTA will offer free bus and train rides from 10 p.m. Saturday until 4 a.m. Sunday to help make sure everyone celebrating can get home safely.

The hours leading up to New Year?s are packed with preparation, but safety advocates want to make people who are having a good, boozy time don't get behidn the wheel.

John's brother, Officer Michael Gordon, died in his police uniform when he was broadsided by a drunk driver.