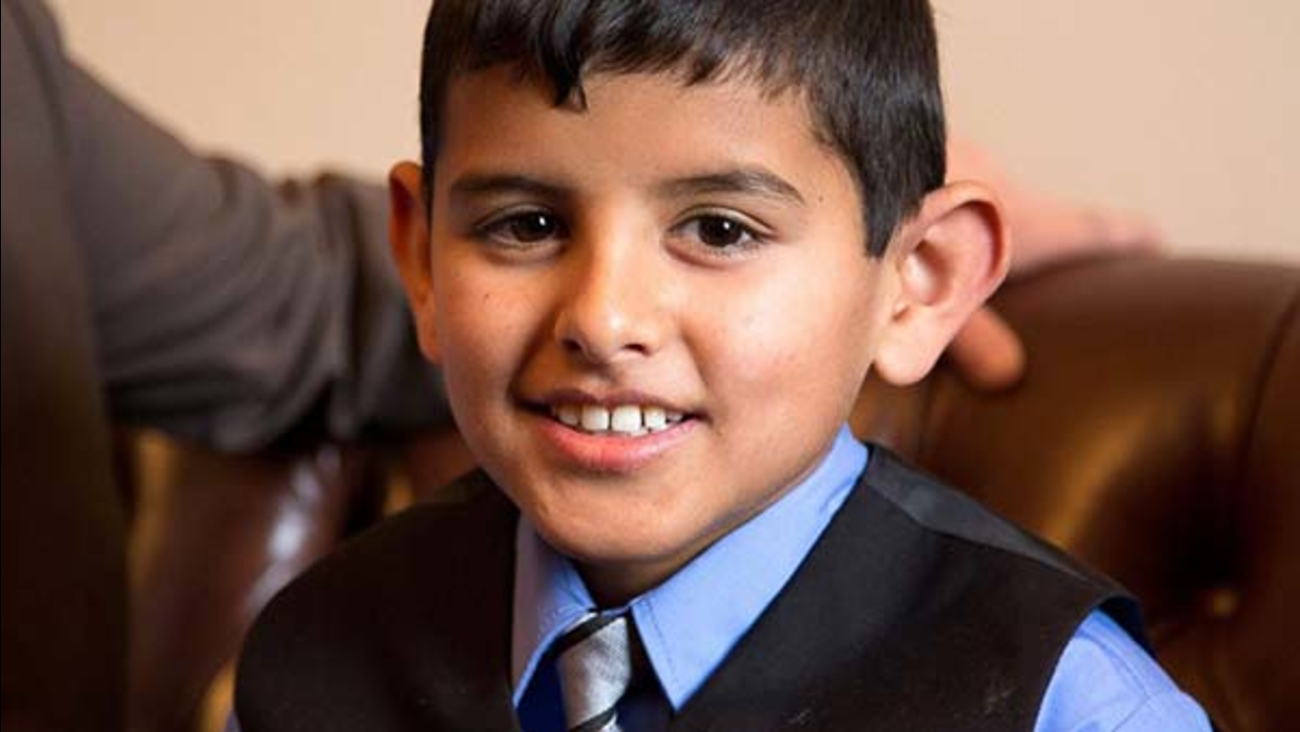 WASHINGTON -- Ahmad Alkhalaf has an infectious smile that lights up the room. All eyes were on the Syrian boy as he walked into Rep. Seth Moulton's office, ABC News reports.

It's a special day for the 9-year-old.

Ahmad was invited by the Massachusetts's congressman to be his guest at President Obama's last State of the Union held tonight at the U.S. Capitol.

The story of how young Ahmad arrived here began in the countryside of Aleppo, Syria.

His family lost the home that his father had built in an airstrike during the Syrian war. So, the family moved into their grandparent's home, but it too was bombed.

With ISIS forces approaching their country village, the family was forced to flee to a Syrian refugee camp.

But a bomb struck the camp, killing his three siblings. Ahmad, just seven years old at the time, lost both of his arms.

Now with his father in the Boston area, Ahmad is receiving medical care from Boston Children's Hospital. His mother and four other siblings are in Turkey.

Ahmad wrote President Obama to tell his story and explain what is happening to Syrian youth.

"There are many children like me," Ahmad wrote in the letter. "Even if they did not lose their arms, then they lost everything else."

Moulton praised Ahmad for writing to the President and drawing attention to the plight of Syrians.

"The leadership you are showing at only nine years old is inspiring to everybody and should be a great example of how we need to uphold our values as Americans and welcome people, like Ahmad, who are trying to come here," Moulton told ABC News.