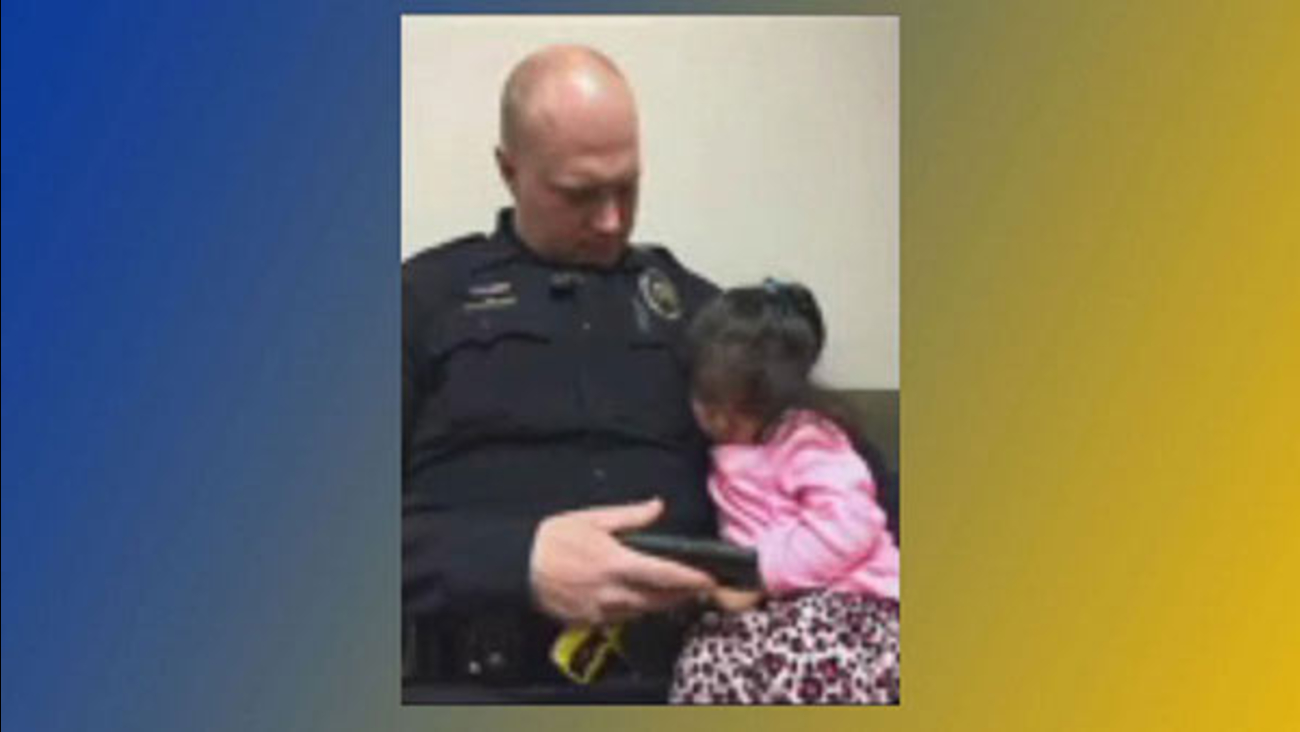 OREM, Utah -- A kind gesture from a Utah police officer has one father expressing his gratitude, ABC News reports.

"I felt really blessed because God puts in your way people who you never thought would do what they do," Jose Moncayo, 38, of Orem, Utah, told ABC News. "I never told him to take care of my girl, he just did it. My wife is so happy. We hope to go back to visit the officer and thank him for all he did."

Officer Kevin Norris of the Orem Police Department told ABC News that he offered to care for Moncayo's daughter, Abisai, 2, while he attended a court hearing on Jan. 27.

The exchange between Officer Norris and the little girl was captured on security cameras and posted on the department's Facebook page yesterday. The video shows Norris getting Abisai snacks and even allowing her to sit on his lap and watch cartoons on his phone. The video has since been viewed over 1.4 million times.

"It's a common, decent thing to do," Norris said. "I think anybody would've done [it]. Somebody needed help and I was there. [Abisai] was very active and very sweet."

Lieutenant Craig Martinez spoke on behalf of the department when he told ABC News today that they were proud Norris took the initiative to spend time with the toddler.

"Officer Norris is a great guy," Lt. Martinez said. "He's a dad first and a police officer second. He did [something] anyone else would've done. It just happened to be that day in court."