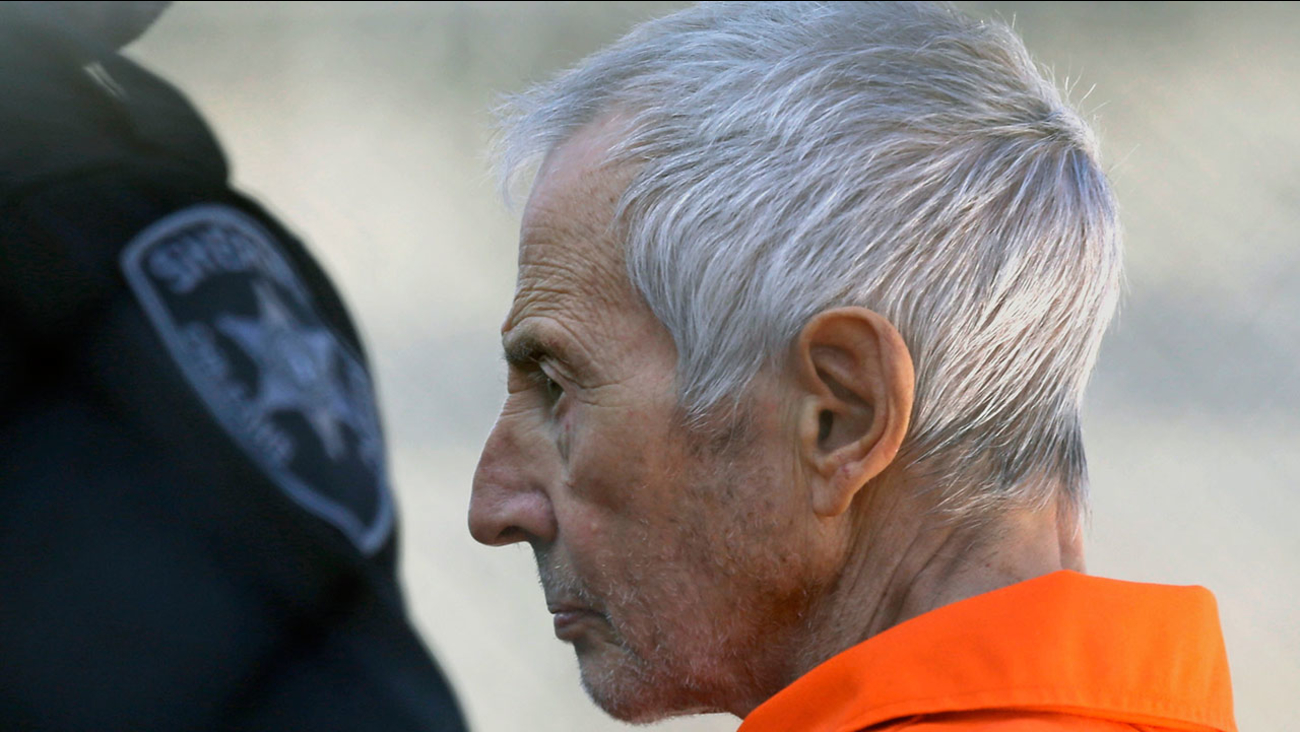 NEW ORLEANS (WLS) -- Millionaire heir Robert Durst, famously profiled in HBO's documentary series "The Jinx," pleaded guilty to a gun charge Wednesday and agreed to an 85-month prison sentence, a move that could usher in his extradition to California to face murder charges.

Durst, who reportedly looked noticeably frail in the New Orleans federal courtroom, admitted he illegally carried a .38-caliber revolver after being convicted of a felony. The judge made a ruling of conditionally accepted guilt, which means he will make his ruling at the pre-sentencing hearing on April 27. Durst's lawyer requested an expedited hearing, so the ruling could be made sooner.

ABC News reports Durst could barely raise his right hand to be sworn in and his attorney, Dick DeGuerin, stood strategically on his client's right side as he could not hear the judge's questions.

DeGuerin requested that once Durst is extradited to Los Angeles he be sent to Terminal Island Federal Correctional Institution. Durst remains in the St. Charles Jail as he awaits extradition.