2 killed in I-65 crash in northwest Indiana, police say 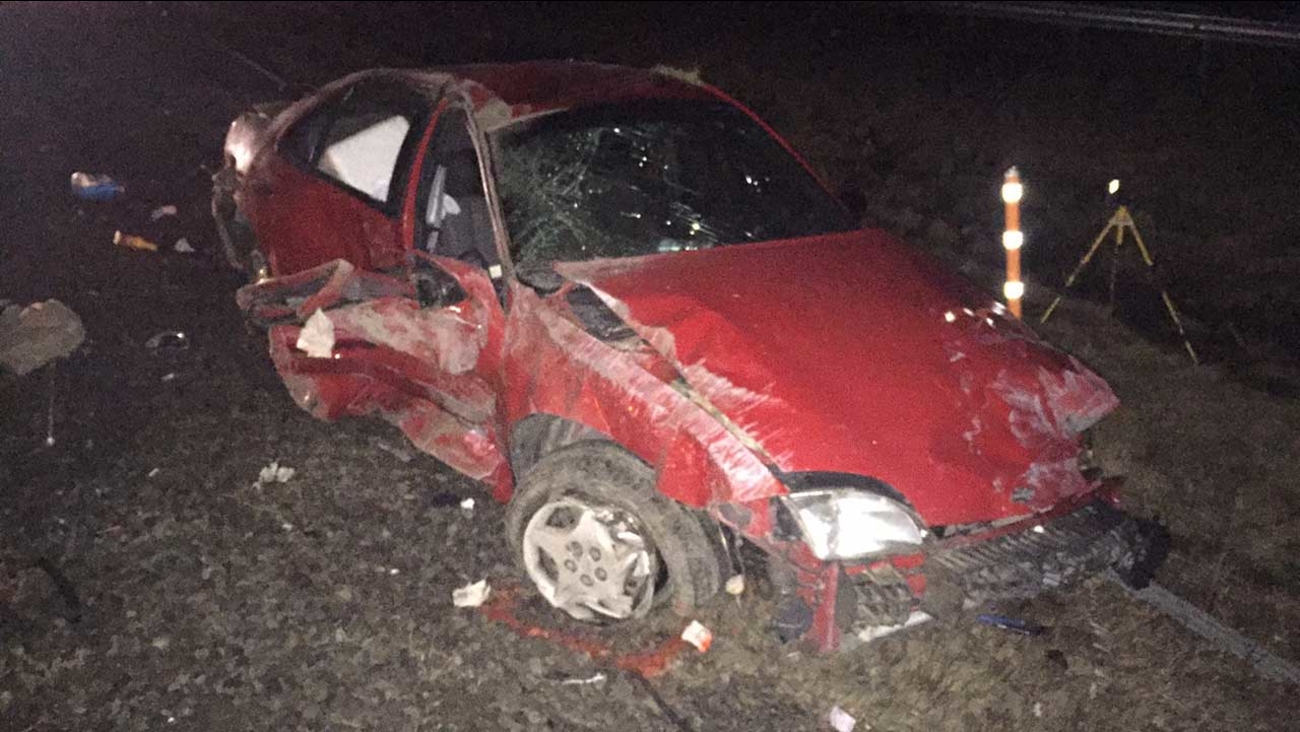 LAKE COUNTY, Ind. (WLS) -- Two people were killed in a crash on I-65 in northwest Indiana, Indiana State Police said.

The crash occurred around 9:40 p.m. Thursday when a 2000 Ford Windstar tried to pass a 2002 Chevrolet Cavalier and fishtailed, swiping the passenger side of the Cavalier, police said.

The Chevrolet then lost control and rolled into the median, landing upright in the northbound lane, police said. Both occupants were ejected - one into the lane and one in the shoulder. Both were pronounced dead at the scene and have been identified as James Patrick Evans, 27, and Terry Wayne Halcomb, 29, both of Ohio.

Police believe both victims were not wearing seatbelts at the time of the crash.

The Ford also went into the grass median before hitting a guard rail on the other side, police said. The driver of that vehicle - 19-year-old Mireya Maldonado of Chicago - was hospitalized with minor injuries.

Police do not believe alcohol or drugs played a role in a crash. No other details have been released.