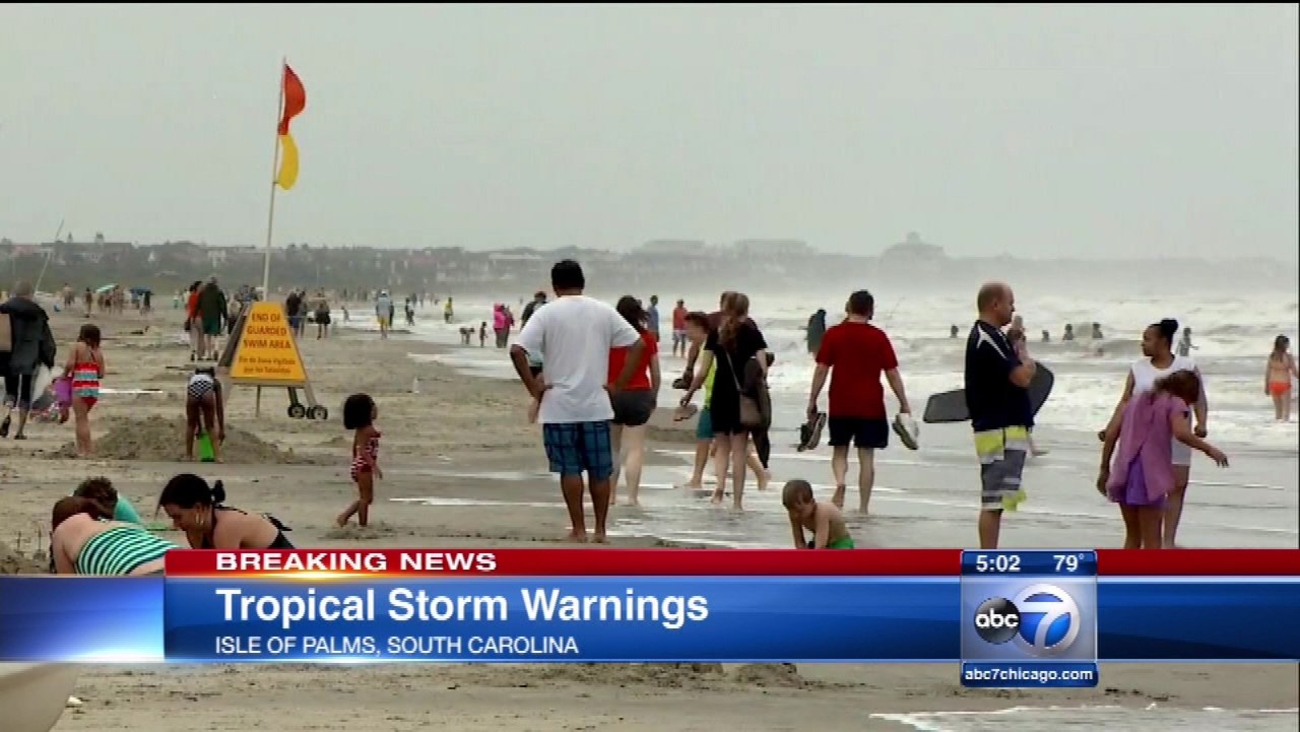 AP
The bodies of two missing motorists were found Saturday in Texas, raising the death toll to four from flooding in the state after torrential rain inundated rivers and waterways, authorities said.

The threat of severe weather had lessened in Texas over the long Memorial Day holiday weekend and the focus now is on homes that could be flooded by slowly rising waters. Evacuation orders were issued on Saturday for parts of two Texas cities along the Brazos River near Houston.

"The skies are clear and things look good. But we want to make sure people understand that we are not out of the woods yet. We have to keep an eye on water that's coming through our bayou system," said Francisco Sanchez, a spokesman for the Office of Emergency Management in Harris County, where Houston is located.

Other parts of the U.S. got drenched Friday, including Kansas. And on Saturday afternoon, Tropical Storm Bonnie formed in the Atlantic Ocean and brought rain and wind to the coast of South Carolina.

Near Austin in Travis County - which saw up to 9 inches of rain this week - officials planned to resume aerial searches on Sunday for two missing people whose vehicle was swept off a flooded roadway, said emergency services spokeswoman Lisa Block.

In Washington County, Texas, located between Austin and Houston, County Judge John Brieden said the bodies of two missing motorists were found Saturday in separate parts of the rural county. The body of Pyarali Rajebhi Umatiya, 59, of College Station, was found in a submerged vehicle. The body of Darren Charles Mitchell, 21, a National Guardsman from Navasota, was found downstream from where his overturned truck had been located earlier.

That brings to four the number of people who have died in the county after more than 16.5 inches of rain fell in some places on Thursday and Friday. The downpour washed away mobile homes and flooded other structures. Authorities performed more than 50 water rescues.

The two other deaths in the county were Lela Holland, 64, of Washington, Texas, whose mobile home was swamped by floodwaters, and Jimmy Wayne Schaeffer, 49, of Brenham, who was swept away after driving his truck into high water.

The rising water in several Houston-area rivers and creeks prompted Harris County officials to ask about 750 families in the Northwood Pines subdivision to voluntarily evacuate their homes and apartments on Saturday. Officials also warned residents living near the west fork of the San Jacinto River, north of Houston, that rising waters were likely to flood homes, even those that are elevated, Sanchez said.

In Fort Bend County, southwest of Houston, officials warned residents the Brazos River was likely to rise to the highest level ever recorded in the county, which county Judge Robert Hebert called "a serious incident."

The city of Simonton issued a mandatory evacuation for most of its 800 residents, said Mayor Louis Boudreaux.

Rosenberg, also in Fort Bend County, issued its own mandatory evacuation of some homes near the Brazos River. The evacuation order was to take effect at 2 p.m. Sunday. The city has a population of 34,000.

Bonnie is the season's second-named tropical storm, emerging just four days before the official start of the Atlantic hurricane season, the National Hurricane Center in Miami added. No evacuations have been ordered at this time. The center said a tropical storm warning is in effect from Savannah River to the Little River Inlet in South Carolina and that Bonnie's extended system was dumping rain already in coastal areas.
Related topics:
weatherweatheru.s. & world
Copyright © 2020 by The Associated Press. All Rights Reserved.
More Videos
From CNN Newsource affiliates
TOP STORIES