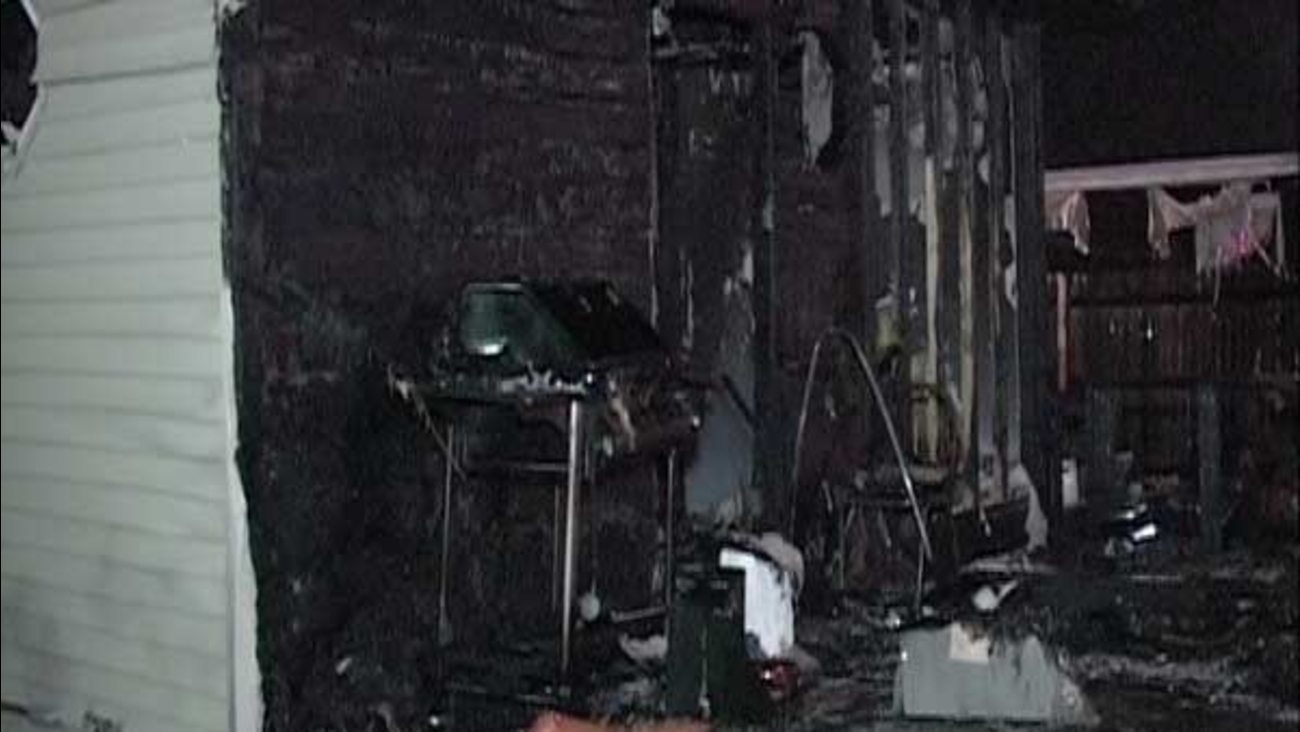 CHICAGO -- Two dogs were killed and a female was hospitalized with minor injuries after a fire Tuesday night in south suburban Steger.

About 10:20 p.m., firefighters responded to the 3000-block of South Morgan Street for a garage fully engulfed in flames, Steger Fire Chief Nowell Fillion said. The fire also spread to two homes - heavily damaging one and causing exterior damage to the other, Fillion said.

Two dogs were killed in the fire and a female - whose age was not immediately known - was taken to Franciscan St. James Health in Chicago Heights to be treated for minor injuries, Fillion said. She was said to have "shortness of breath," according to Fillion.