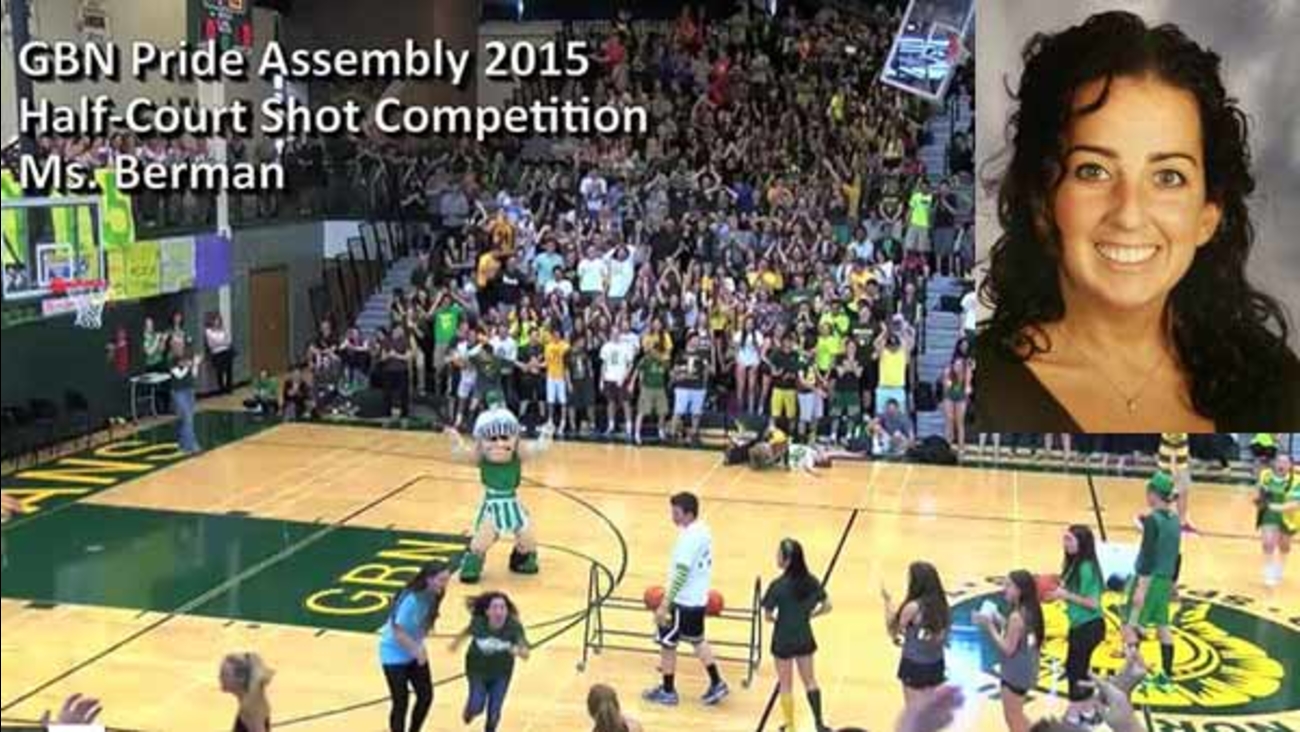 NORTHBROOK, Ill. (WLS) -- There was a 1-in-100 likelihood of her making it, but science teacher Lindsey Berman thought it was worth trying.

Standing at 4'11", Berman took her spot at the half-court point of the Glenbrook North High School basketball court in front of hundreds of students and staff at the 2014 Pride Assembly. What happened next, everyone in the audience calls nothing short of amazing.

"I agreed to shoot but was very nervous about it because I cannot even get the ball to touch the rim if I shoot from the three-point line," Berman said. "Once I got up to the half-court mark, I decided the only way I could get the ball to even come close to the net would be to shoot it underhand, 'granny-style.' But then I thought that turning backwards would allow me to make less of a fool of myself if I missed big-time. So I went for it."

And then, the ball went into the basket in one swift motion.

As she ran around the court jumping up in elation, Berman said it never occurred to her that she could make that shot twice. But in 2015, a student asked for her to join the shooting competition on behalf of their Relay for Life team.

In late April 2015 at Pride Assembly, Berman found herself at the top of the court again. Taking the same backward, underhand shot again. And seeing the ball sink into the basket. Again.

"I was even more shocked this time when it went in," Berman said. "No, I have never practiced this shot."