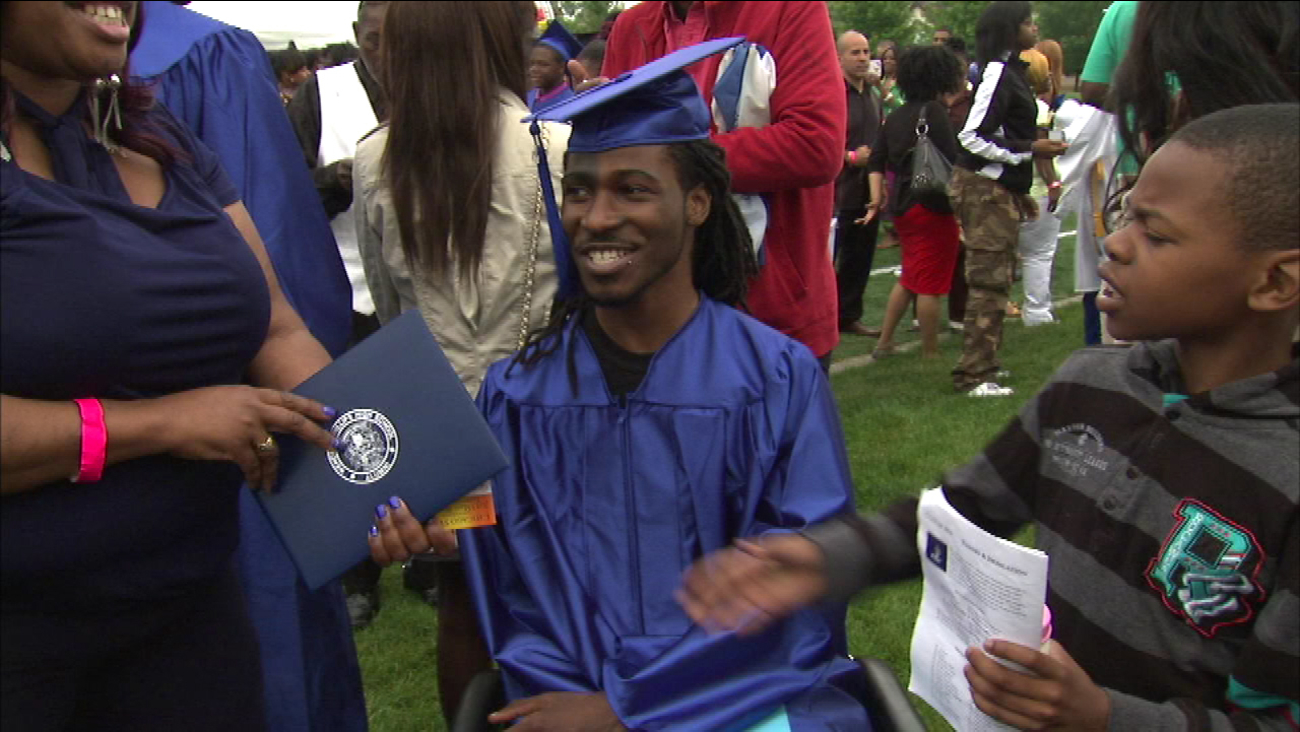 CHICAGO (WLS) -- A victim of gun violence has been charged with a gun crime.

Ondelee Perteet, paralyzed and using a wheel chair because of a gunshot wound, was recently charged with illegal possession of a firearm.

Authorities said a loaded gun was found in a car Perteet was in. He has pleaded not guilty and is now out on bond.

Perteet has a bullet lodged in his spine. He was shot at a party back in 2009.

In November of last year, Perteet's handicap-accessible van was vandalized. In April of 2013, his $20,000 motorized wheelchair was stolen. Several years earlier, another specially equipped van for Perteet was stolen from outside the family's home. It was never returned.

Perteet was first shot in September of 2009 by a man who was asked to leave a party.

Since then he's graduated high school and begun college.