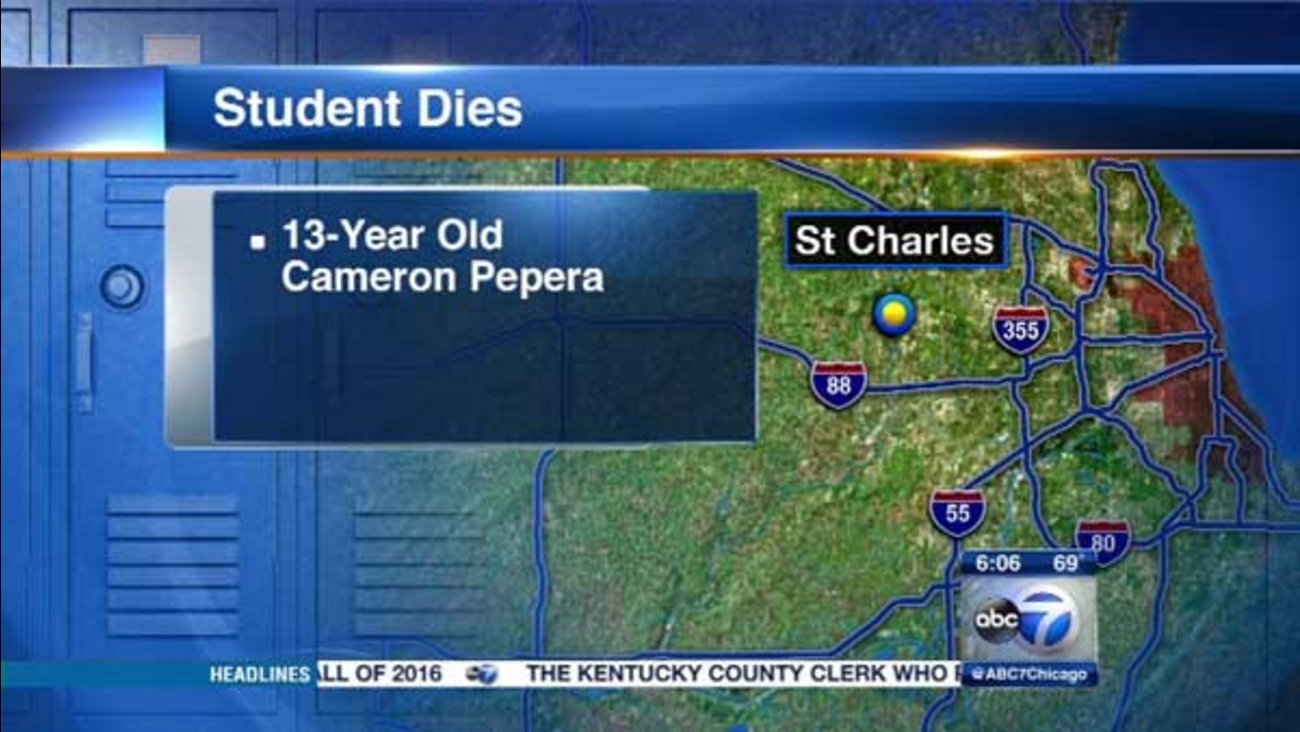 A 13-year-old boy died after he finished a cross country meet in west suburban St. Charles.

Cameron Pepera, a 7th-grader at Thompson Middle School in St. Charles, finished his race at the school when parents said Cameron suffered a seizure, according to Jim Blaney, director of communications for St. Charles School District 303.

Later in the evening, he was transferred to Lurie Children's Hospital, where he died at 8:32 a.m. Wednesday, according to Blaney and the Cook County medical examiner's office.

An autopsy Thursday did not rule on his cause or manner of death pending further investigation.