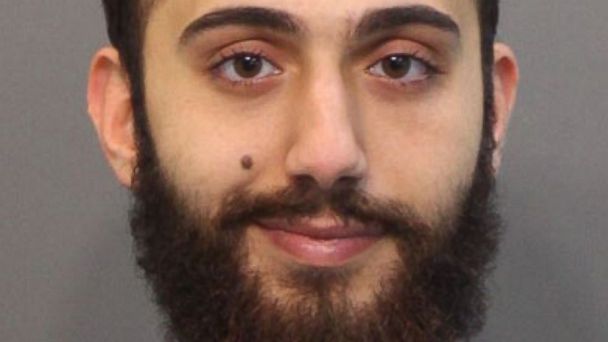 The family of Mohammod Abdulazeez, the alleged gunman in shootings at two military facilities in Chattanooga, Tennessee, says he "suffered from depression," which "found its expression in this heinous act of violence," according to a statement released tonight by a family representative.

The Abdulazeez family offered sympathies, condolences and prayers to the families and friends of the victims of the shooting Thursday at two separate facilities in which five service members were killed.

"There are no words to describe our shock, horror, and grief," the statement said. "The person who committed this horrible crime was not the son we knew and loved. For many years, our son suffered from depression. It grieves us beyond belief to know that his pain found its expression in this heinous act of violence."

The family has been cooperating with law enforcement, and will continue to do so, the statement said.

"Having said this, now is the time to reflect on the victims and their families, and we feel it would be inappropriate to say anything more other than that we are truly sorry for their loss," the statement said.

Meanwhile, a source close to Abdulazeez's family tells ABC News the alleged gunman's parents are devastated by the shooting.

According to the source close to the family, the suspect suffered from depression and self-medicated with drugs and alcohol and was also on multiple medications for depression.

The source says the family believes the events on July 16 had nothing to do with radicalization--instead, could have been triggered by Abdulazeez's recent DUI, which caused a lot of pain and embarrassment for both the suspect and his family.

The source says the suspect had several friends and saw no change in character after his recent trip to Jordan.

Abdulazeez had no known ties to radical Islamic groups, according to the source close to the family.

Investigators looking into Abdulazeez's motivation have as of yet found no evidence he was "either inspired, directed, or assisted by individuals associated with an identified designated foreign terrorist organization," and his motivation "remains unknown," according to a bulletin sent to law enforcement agencies, sources tell ABC News.

The Joint Intelligence Bulletin, sent by the Department of Homeland Security and the FBI to 18,000 law enforcement agencies in the U.S. regarding the shootings Thursday, says "the FBI investigation into his activities while overseas and the nature and extent of his affiliation with [foreign terrorist organizations] is ongoing."

A full scale terrorism investigation using the FBI, local law enforcement, intelligence agencies and foreign allies is under way, trying to determine the motive behind the attack.