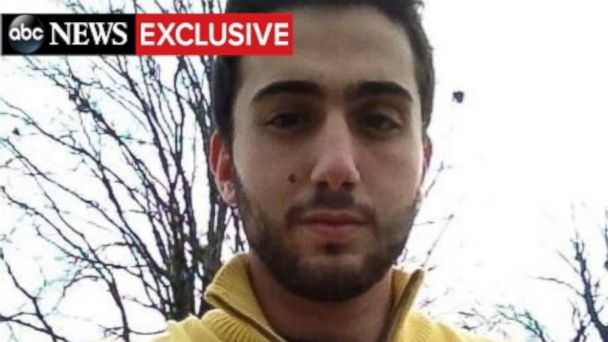 The gunman who killed five American troops in a Chattanooga shooting spree last week did online research for militant Islamist "guidance" on committing violence that he may have believed would wipe away in the afterlife his sins on earth including drug and alcohol abuse, an arrest and a lost job, officials said on Monday.

The Internet searches were discovered on electronic devices such as his smartphone analyzed over the weekend by the FBI Lab in Quantico, Virginia, several counter-terrorism officials confirmed to ABC News.

But there is no evidence so far that Mohammod Abdulazeez, 24 -- whose family insists he was deeply troubled and mentally ill -- was inspired by or directed by ISIS to carry out a bloody attack on U.S. military targets of the sort the Syria and Iraq-based terror group has publicly called for over the past year, the officials said.

"I don't think that there is any evidence it was ISIL-inspired. He may have been seeking some religious guidance to conduct an act. He could readily find that anywhere online," a senior official briefed on the investigation told ABC News.

Some of Abdulazeez's friends, who often partied with the young engineering graduate and went shooting together at local ranges, may have known he was seeking answers in his religion but they do not appear to have been aware he was about to take lethal action that he may have become convinced would earn his place in Heaven, the officials said.

"We may never know what his ultimate motivation was," the senior official added.

The Reuters news agency reported on Monday that some officials said Abdulazeez had been inspired by "general propaganda" by jihadists and not specifically by ISIS, al Qaeda or other militant groups. One friend James Petty, told ABC News that Abdulazeez actually loathed ISIS for its brutality " He believed that ISIS was not a group to go towards" and did not think that "ISIS was even Islamic" said Petty.

Many jihadis who oppose killing innocent civilian "disbelievers" still view the military as a legitimate target because U.S. troops are the nation's blunt instrument of foreign policy.

With more than 30 FBI agents arriving in Chattanooga to go through leads generated in the massive counterterrorism investigation, a diary belonging to the gunman and FBI interviews with his parents may be the key to unlocking his motives. The diary and interviews paint a picture of a disturbed, suicidal young man using drugs, preparing for bankruptcy and facing an appearance in criminal court, according to a representative of the shooter's family.

With more than 30 FBI agents due to arrive today in Chattanooga, a diary belonging to the gunman and FBI interviews with his parents paint a picture of a disturbed, suicidal young man using drugs, preparing for bankruptcy and facing an appearance in criminal court, according to a representative of the shooter' s family.

Four days after the shooting, the FBI has not found any connection to overseas terrorist groups, but Mohammod Abdulazeez's diary says that as far back as 2013, he wrote about having suicidal thoughts and "becoming a martyr" after losing his job due to his drug use, both prescription and non-prescription drugs, the family representative said.

In a downward spiral, Abdulazeez would abuse sleeping pills, opioids, painkillers and marijuana, along with alcohol, the representative said.

Most recently, the 24-year-old was having problems dealing with a 12 hour overnight shift, and had to take sleeping pills, according to the representative. The young man was also thousands of dollars in debt and considering filing for bankruptcy.

Three months before the shooting, Abdulazeez was arrested on April 20 -- a day celebrated annually by marijuana users -- and charged with drunk driving. The arresting officer noted a smell of marijuana in the car.

The discovery of the diary comes as investigators also work to solve the mystery of Abdulazeez's actions in the days leading up to the deadly shooting. The family representative told ABC News Abdulazeez rented the silver Mustang Tuesday, showed up at the local mosque and took a friend on a "joy ride" until 3 a.m. He did not sleep at his parents' home for the next two nights and the FBI is seeking to retrace his steps.

"He bragged about [the car], and was showing it off to friends about how fast it would go," the family representative said Sunday.

The family representative said Sunday that the family told the FBI there were no outward signs of radicalization but added Abdulazeez "was susceptible to bad influences" and would be affected by watching news accounts of "children being killed in Syria." For all his struggles with drugs, the representative said, Abdulazeez also struggled with being a devout Muslim.

The family representative said Abdulazeez had a number of guns in his house and often used them to go hunting or for target practice with friends at nearby firing ranges. FBI agents recently focused on the Walmart in Hixson, where officials tell ABC News Abdulazeez bought ammunition for his guns on July 11. Two young men, seen with Abdulazeez in the store, are being sought for questioning although they are not believed to be accomplices.

The family representative said Abdulazeez's family sought, without success, to get him treatment for his mental illness, and to keep him away from a group of friends with whom he would drink and smoke marijuana.

A seven-month trip to Jordan last year was an effort to "get him away from bad influences in the U.S.," not part of a path to radicalization, the family told agents.

Abdulazeez's family released a statement Saturday saying that there are "no words to describe our shock, horror, and grief."

"The person who committed this horrible crime was not the son we knew and loved," the statement said. "For many years, our son suffered from depression. It grieves us beyond belief to know that his pain found its expression in this heinous act of violence."

Still, for the FBI, the psychological profile of the disturbed young man does not explain why he chose two U.S. military targets, seven miles apart, for his deadly mission.