Cops: Mom punched son in face for being gay, 'too feminine' 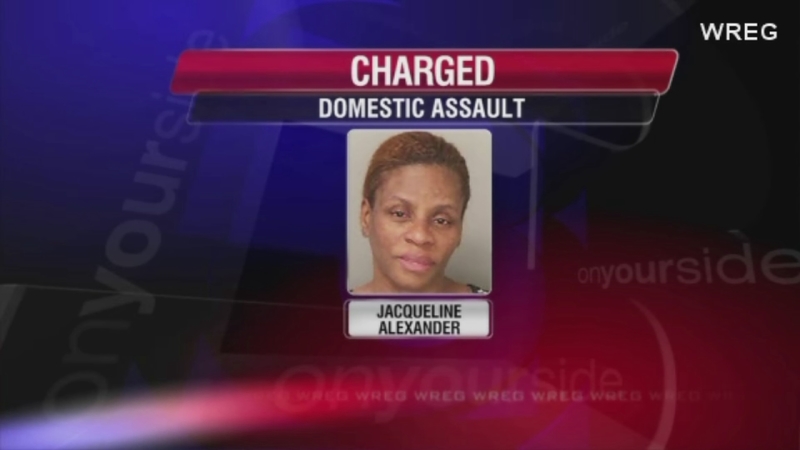 Cops: Mom punched son in face for being gay, 'too feminine'

MEMPHIS, Tenn. -- A Tennessee mother is accused of beating her son because she thought he was gay and ''too feminine,'' WREG-TV reports.

Jacqueline Alexander is accused of punching her son in the face.

"I don't see how you could do that to your own child, first of all. And second of all, because of how that person, that they are or because what that person is... that's terrible," said Memphis resident Michael Hennaghan.

Police say she attacked her son in their apartment on the 5900 block of Mt. Moriah Wednesday night. They say the boy had bruises on his face when they arrived.

It's a thought that sickens leaders in the memphis LGBT community. But they say it happens all too often.

"We certainly have lots of kids and adults that come into the center and talk about being abused or hurt in some way by the people that are supposed to be the ones that care most about them," said Will Batts, human rights advocate.

Batts said he wants to see a change in how people think, an acceptance of all, regardless of their sexual orientation, and to break the barriers of gender stereotypes.

"We live with these really strict rules about how people should act or dress or talk or behave, and life is so much more complicated than that," Batts said.
Related topics:
tennesseechild abusegay rightsu.s. & worldlgbt
TOP STORIES
Rockton chemical plant explosion causes major fire, smoke
Carjacking safety tips: What to do if you are in a fake accident
Family of security guard killed in Gary to remember him at White Sox game
Sea otter diagnosed, treated for lymphoma at Shedd
45 shot, 3 fatally, in weekend shootings across city
Driver beaten in West Dundee road rage incident dies, police say
Chicago raises Juneteenth Flag in Daley Plaza
Show More
8 injured when vehicle plows into crowd at mud race in Texas
Car drives through crowd of protesters in MN, killing woman
Mayor Lightfoot announces new summer cultural events
What to know about the delta variant first detected in India
IRS says it's working 'as fast as possible' after complaints about tax refund delays
More TOP STORIES News