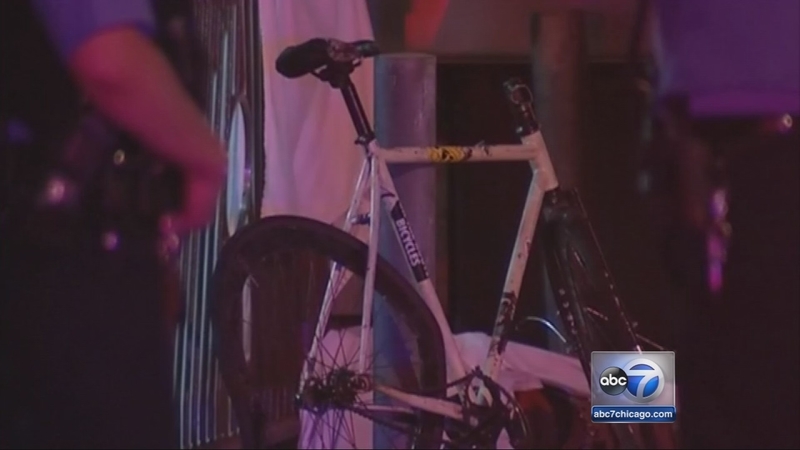 CHICAGO (WLS) -- Ronayne Thomas, 31, was struck and killed by a CTA Brown Line train while riding his bike across a ground-level crossing near the Kimball station.

Thomas, of the 1900 block of North Drake Avenue in Logan Square, was pronounced dead at the scene, according to the Cook County Medical Examiner's Office. It appears his death was accidental.

Police said Thomas rode around the lowered CTA crossing gate in the 4700-block of North Kedzie Avenue in Albany Park around 12:30 a.m. Thursday when he was hit by a Kimball-bound train.

Witnesses said Thomas had waited for a Loop-bound train to pass and checked to be sure another wasn't following. When he didn't see one, he rode through the intersection. Witnesses said he failed to look in the other direction, where he would have seen the train heading for the Kimball station.

People familiar with the area said Thomas' behavior is not uncommon where CTA trains cross with motorists and pedestrians.

"I don't know. Sometimes the train just passed and I feel like I can go," Matteo Dariol said. "I mean, I can see pretty far from here."

"You see people do that not just with trains, but with red lights, stop signs, the whole nine yards," Lawrence Wilson said.

CTA Brown Line trains heading north were suspended for more than an hour as personnel cleared the scene. Service was restored before the morning rush.