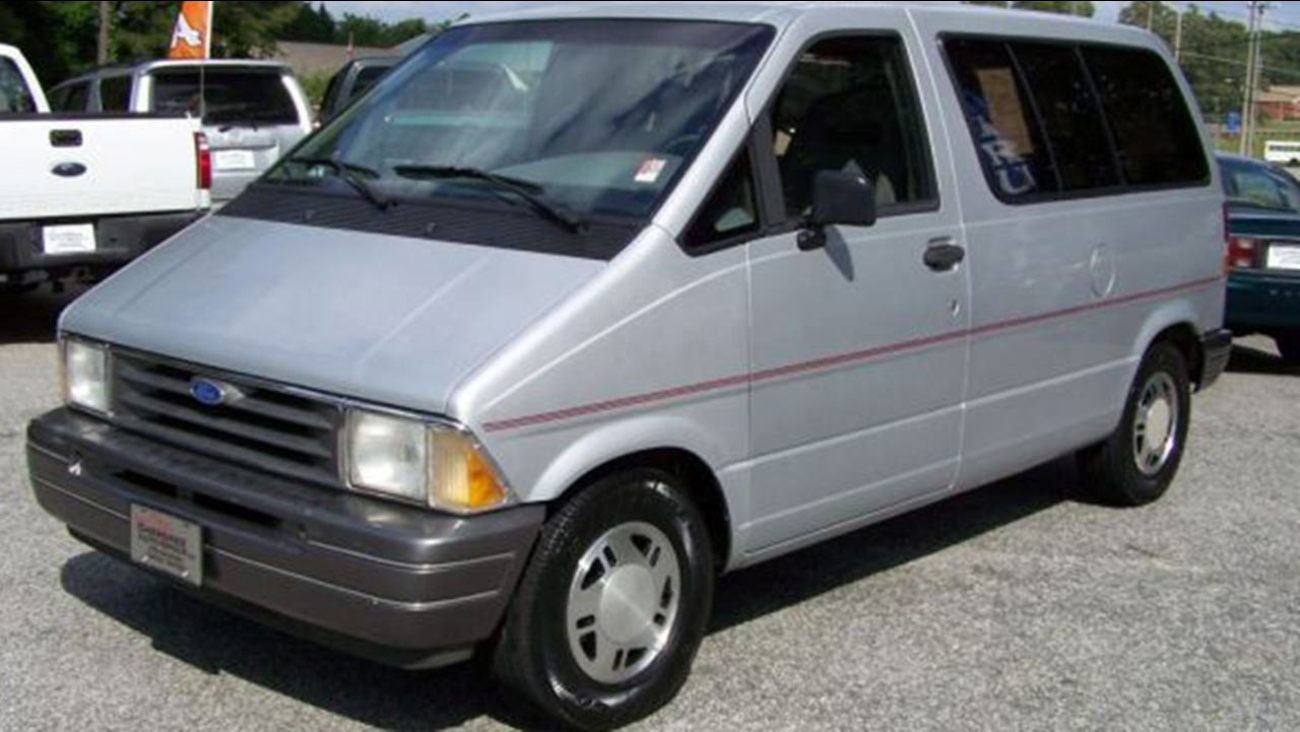 A 1990s Ford Aerostar, similar to that driven by the suspect in an abduction attempt in Fish Lake, Ind. (La Porte County Sheriff's Office)

Sheriff's deputies responded to a 911 call at 6:13 p.m. in the 7400-block of East SR 4. A man said he was outside his home in the yard with his 1-year-old son. A person approached from a vehicle that was parked near the end of the driveway, presumably broken down, and asked the man for some water. The man said he obliged, and when he returned outside, the suspect was attempting to put the toddler in a duffel bag.

The father confronted the suspect and physically assaulted him, took his son into the home, and when he went back outside to confront the suspect, he was fleeing in his vehicle.