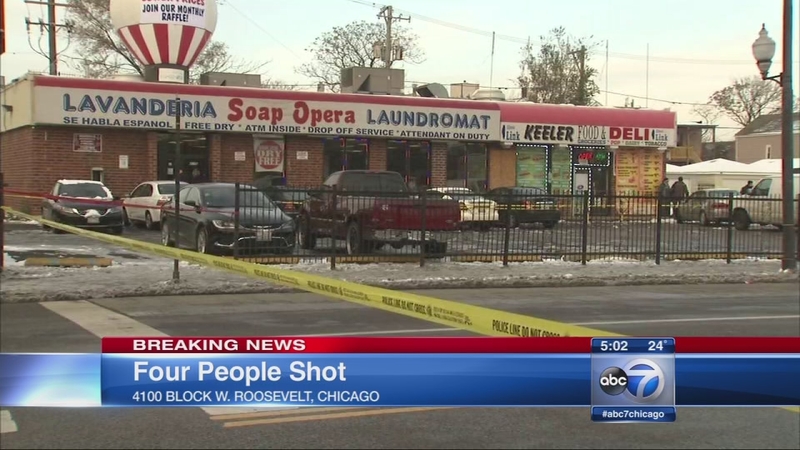 CHICAGO (WLS) -- Four people are hospitalized after a shooting on the city's West Side Sunday afternoon, police say.

Chicago police said a male walked up and fired shots before taking off in a vehicle on the 4100-block of West Roosevelt in the North Lawndale neighborhood at 1:25 p.m. Sunday afternoon.

Three men and one woman, all in their 20s, suffered non-life-threatening injuries. Witnesses say the incident appears to have started in the parking lot of a laundromat at the corner or Roosevelt and Keeler.

People inside the laundromat heard about 15 shots and say that those outside started running in different directions in order to escape the gunshots.

Police do not have much information, but say it appears the gunman approached the group of four people, fired at them and then made his getaway in a waiting vehicle. Police say the shooting does appear to be gang-related.