WLS
CHICAGO (WLS) -- "Good Morning America" is kicking off its 40th anniversary celebration with a bus tour that starts Tuesday at North Avenue Beach in Chicago.

About a half hour earlier, on the bus, Viviani showed ABC7 how he ups the ante on a breakfast favorite, using an Italian donut for his twist on a sausage and egg sandwich.

Viviani and ABC Correspondent Nick Watt welcomed a handful of GMA's biggest fans in the Chicago area onto their 40-for-40 bus. It's a kind of homecoming for viewers who feel as though the "Good Morning America" cast has become part of their families.

"I love the show because they have a lot of variety. When Robin Roberts went through her cancer, it was so overwhelming, the way she brought her cancer out to the public," said Trudie Acheatel, who has been watching "GMA" for the last four decades.

"I'm a breast cancer survivor, so watching that and watching them - it really encourages me," said Diondai Brown Whitfield, another long-time "GMA" viewer.

The "40 for 40" Marathon will feature 40 consecutive hours of programming of the Emmy-award-winning show, starting 4 p.m. CST.

The broadcast can be seen live at abcnews.com/live.

Highlights include a performance by One Direction, the first-ever GMA livestream of "Dancing with the Stars" rehearsals, a road trip on the GMA 4040 Express, special access to the Marvel Universe and historic reunions with past anchor teams. 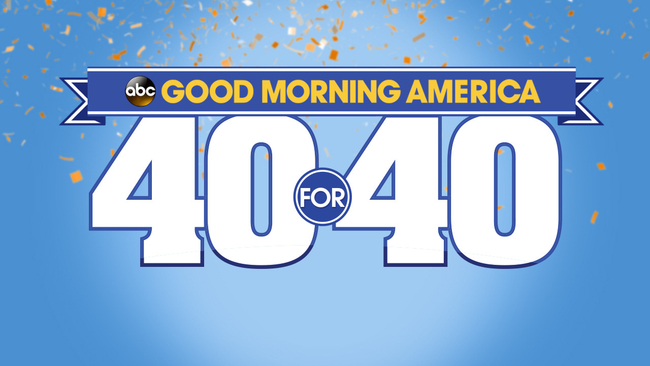