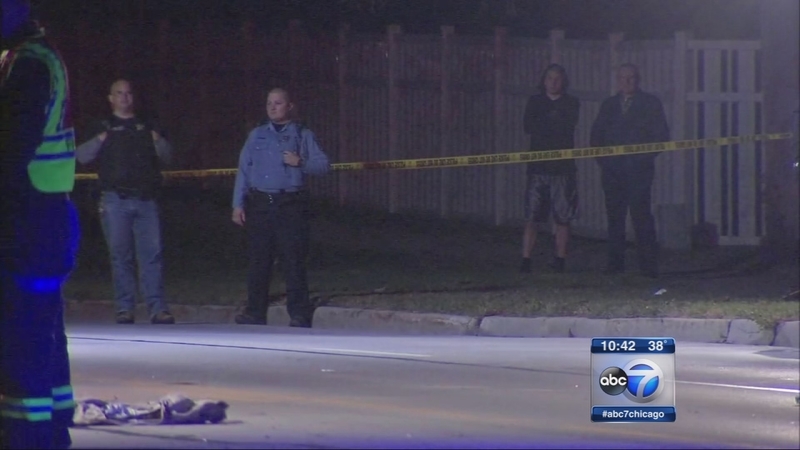 DARIEN, Ill. (WLS) -- A 39-year-old man was fatally struck by a car as he was celebrating his niece's birthday in the western suburbs Saturday evening.

The victim's entire family, including his three children, were present when he was killed.

Family members of the victim identify him as 39-year-old Jose Flores and say he was at his sister's house for a big family gathering to celebrate his niece's sixth birthday.

Witnesses say Flores was trying to help stop traffic while a truck pulling a trailer full of horses for the birthday party backed out of the home's driveway.

Police say the driver of a white Toyota Camry struck Flores, sending him flying. Damage to the driver's side front of the car shows where the vehicle hit Flores.

Police say the 85-year-old driver stopped after the collision and they questioned her.

Police have not revealed what the driver told them may have caused the crash. The driver was not injured and no charges have been filed.