CHICAGO (WLS) -- A robbery suspect is dead after police say he was shot on the city's South Side and Sunday the man's relatives have questions about the way he was killed.

Chicago police say around 7 p.m. Saturday night a customer walked in on an armed robbery at a corner store in the 2700-block of West 51st Street in the city's Gage Park neighborhood. The customer, who has a concealed carry permit, pulled out his own gun and opened fire. Reginald Gildersleeve, 55, was killed.

Gildersleeve's stepson, who did not want to appear on camera, says he believes there is more to the story.

"Something just don't sit well with me," he said. "To shoot him multiple times and I know he don't really own a gun, so something just doesn't sound right."

The stepson says Gildersleeve was a former employee of the store and knew the owner well.

Police say that he had an extensive criminal history, including prior arrests for robbery. 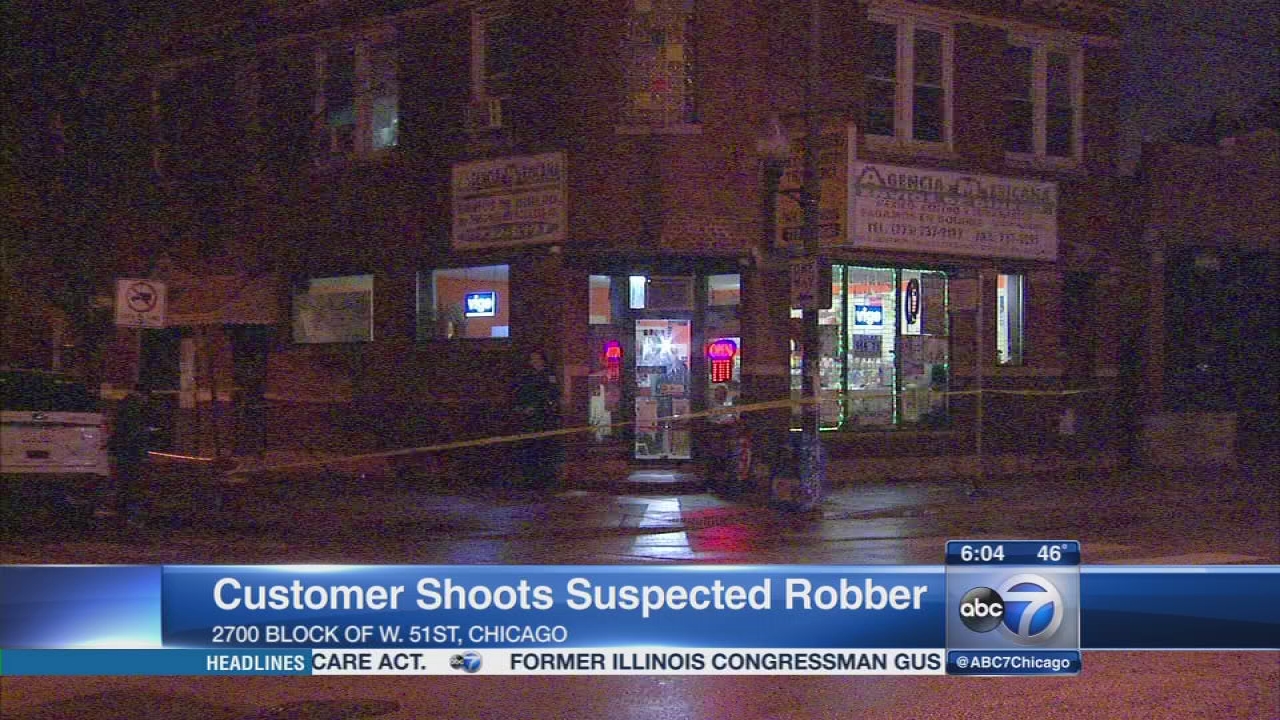