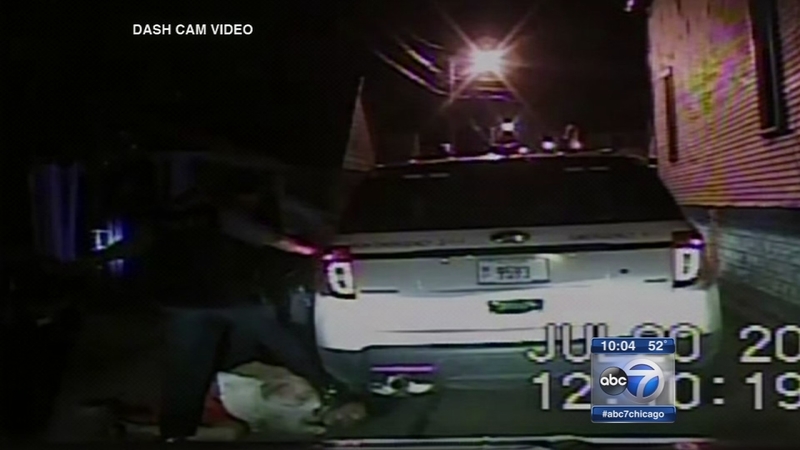 CHICAGO (WLS) -- Hundreds of pages of documents, hours of dashcam video and 911 tapes related to the death of a man who died in Chicago police custody were obtained Friday by ABC7 under the Freedom of Information Act.

Heriberto Godinez died last summer in Brighton Park, and his family has since been asking the city to release the video of his death.

The 911 call audio, along with officer testimony, includes detailed accounts from officers who responded the night of Godinez's death. Police had responded to a call of an assault in progress. When they arrived, they said they found Godinez ransacking a garage.

The video shows one officer trying to restrain Godinez on the ground. He was handcuffed, but became agitated.

As the camera continues to record, more officers arrive and Godinez remains on the ground. At one point, it appears that one officer stands on Godinez. Both feet appear to be off the ground, with one on Godinez.

Officers soon called for an ambulance. He later died in a police vehicle, handcuffed and face-down.

911 tapes from the night that Heriberto Godinez died last summer have been released.

At the time, officers said he was sweating and breathing heavily before he died at the scene of his arrest.

The Cook County Medical Examiner's Office ruled his manner of death as undetermined, noting that cocaine, cannabis and alcohol were contributing factors.

Two officers involved have been taken off operational duty, pending the outcome of an investigation by the Independent Police Review Authority, according to a statement released Friday afternoon by Chicago Police Supt. Eddie Johnson.

"As Superintendent, one of my top priorities is establishing a culture of accountability at every level of the police department, from top command staff to the rank and file. Holding each other accountable is a central piece to rebuilding the frayed trust between the department and communities we serve," Johnson said. "The actions by two officers in the video are concerning, and as a result, I have removed them from operational duties pending the outcome of IPRA's thorough investigation."

On Friday, the family's attorney said they were not aware that the city was releasing information.

Attorney Jeffrey Granich called the surprise release "despicable," noting that a newspaper reporter notified him of the release and that the city has now sent him all the documents that were released under FOIA.

Granich said he plans to file a federal lawsuit on behalf of the family next week to hold the officers involved responsible.

A statement from city states: "The family's attorney was notified on Monday, April 11, that the video would be released this week. We produced the video to the family's attorney and another FOIA requester, and it was then later released to other media outlets."
Related topics:
brighton parkburglaryinvestigation
Copyright © 2021 WLS-TV. All Rights Reserved.
RELATED 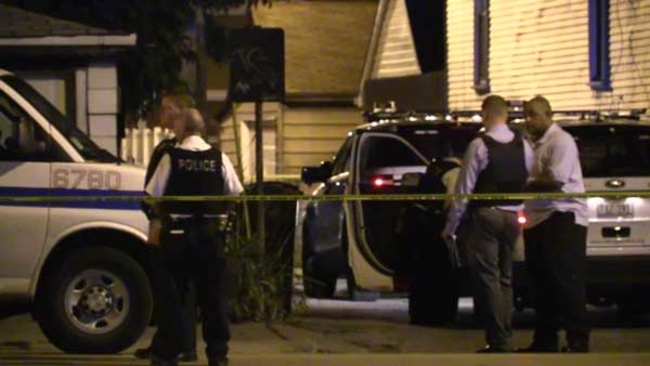