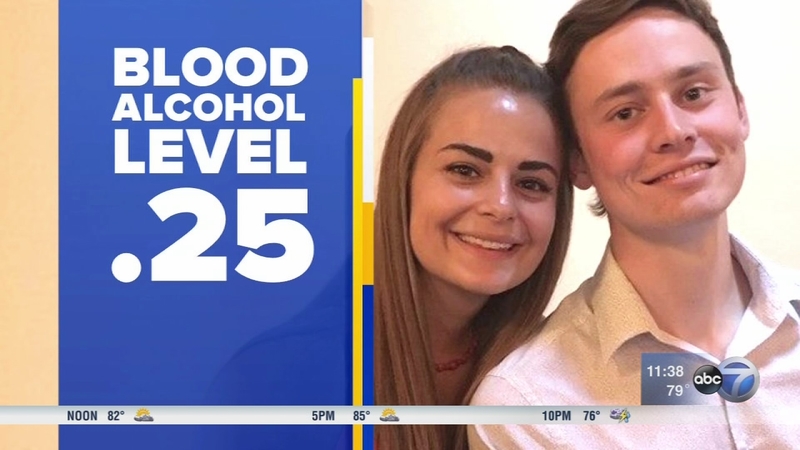 Mexico is a popular destination for people in Chicago, especially during the winter months.

A Wisconsin family who lost their 20-year-old daughter is talking about their tragic trip.

"You protect your child from so much since they're born, and then, you know, something happens in an instant," said Ginny McGowan, the mother of Abbey Connor, 20.

The family is at the center of a battle for answers, desperately trying to find out how their daughter ended up floating facedown in a pool, breaking her collarbone and slipping into a coma just two hours into their Mexican vacation at a five-star resort, later dying.

"Probably the most excited person was Abbey," McGowan said.

"We just sat on chairs at the side of the pool," McGowan said. "And we're like, we're going to go up and get ready for dinner. You guys need to meet us in the lobby at 7:30."

Connor and her 23-year-old brother, Austin, stayed by the pool.

"We swam around for a little bit and decided let's celebrate with a drink. So we go up to the bar," Austin Connor said. "And another group that was already there, start talking."

Austin Connor said they didn't know the other group.

"The bartender pours out a line of shots, and I take one. And everyone else does, and the last thing I remember was like, we are right now, sitting here talking and lights went out. And I woke up in the ambulance," Austin Connor said. "Like I said, I felt completely normal."

The family says a guest found Abbey and Austin floating facedown in the waist-deep pool, and soon they were on the way to the hospital. But the McGowans had no idea.

"It was getting close to 8 o'clock," Ginny McGowan said. "I'm starting to get worried.

She said she called their room; she couldn't contact them any other way.

"And she said, 'Is your husband here with you?' And I'm like, well yeah he's sitting right over there. And then she went and got the general manager and quickly brought me to John, explained that there had been an accident," Ginny McGowan said.

"She was on the right path, a good path for her, and she was happy," Ginny McGowan said.

That day, their blood alcohol level was a .25 -- three times the legal limit in their home state of Wisconsin. Austin Connor says he can't remember how many shots he had.

"I've thought about it, and I mean, it is a possibility," Austin said, considering whether they could have drank too much. "How, if we're in a group of people, do two people at the same exact time just pass out in the pool and no one sees it?"

The family is questioning if tainted alcohol - a toxic mix of cheap ingredients - could be partially to blame. Other families have since come forward, recalling how they suddenly blacked out after a few drinks during visits to resorts in Mexico.

Mexican officials say they've seized 1.4 million gallons of tainted alcohol from Mexican businesses, including: resorts, clubs, bars, warehouses and manufacturers in the past seven years. In one of the largest seizures in 2015, 260,000 gallons were taken from a warehouse in just one day.

The Iberostar resort denies serving tainted alcohol, telling the Milwaukee Journal Sentinel, "We only purchase sealed bottles that satisfy all standards required by the designated regulatory authorities... we are deeply saddened by this incident and reiterate our deepest sympathies and condolences to the family."

Now, the family has hired an attorney and plans on suing the resort.

"We need the hotel to allow the police and our investigators to access the employees that were there," said family attorney Florentino Aramirez. "They haven't responded to any of our requests."

"I hope she didn't suffer at all. And I hope she's at peace. We miss you," Ginny McGowan said.

"I'd almost like, I'd say thank you for being there for me up to this point, and I wouldn't do it without you. So. Thank you and I love you," Austin Connor said.

The U.S. State Department added a warning about tainted alcohol to its page about travel to Mexico:

"Alcohol: There have been allegations that consumption of tainted or substandard alcohol has resulted in illness or blacking out. If you choose to drink alcohol, it is important to do so in moderation and to stop and seek medical attention if you begin to feel ill."
Related topics:
wisconsinfloridamexicovacationu.s. & worldalcohol
Copyright © 2021 ABC News Internet Ventures.
RELATED