Woman rescued from flooded car along I-80 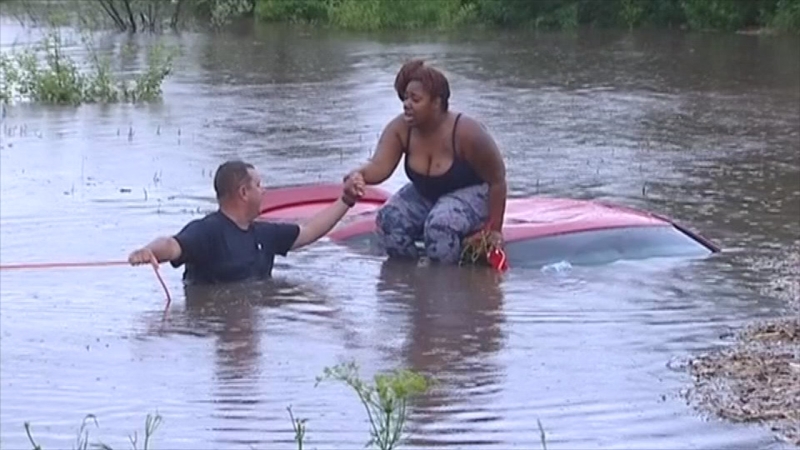 MARSEILLES, Ill. (WLS) -- A passing motorist helped rescue a woman after she hydroplaned off I-80 near Marseilles.

A witness who was driving behind her says the woman appeared to lose control in about two feet of water in a viaduct along the highway.

"I see her hydroplane right in here," the man said. "It's just like almost airborne going in there. When she first went in, it was only the front end down about a foot... Now look at it."