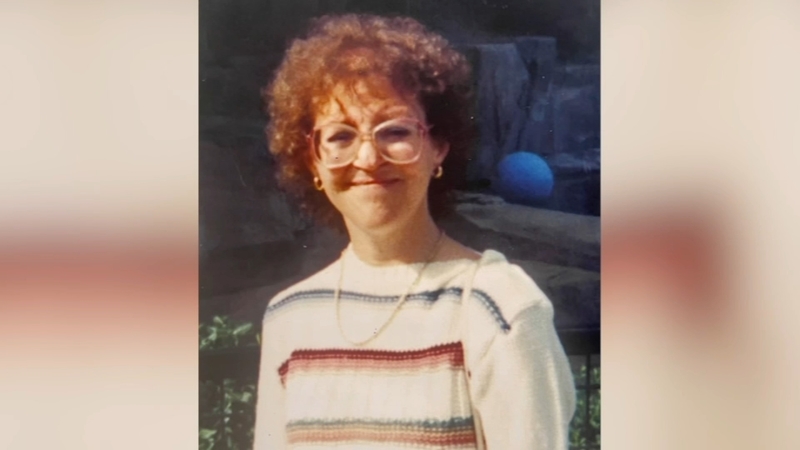 CHICAGO (WLS) -- A man charged in the 1992 Niles murder of Helen Cardwell has died, the Cook County Sheriff's Office said.

Richard Sisto, 73, was pronounced dead at Stroger Hospital on Jan. 26. The cause of death is pending results of an autopsy.

He was originally booked into custody on Nov. 24, 2021 and spent the majority of his time in custody at Stroger Hospital receiving treatment. Sisto had been ordered held without bail in connection to the 1992 murder.

Sisto was a registered sex offender at the time of the killing, police said. He allegedly strangled Cardwell in her Leaning Tower YMCA apartment in Niles on Nov. 8, 1992.

At the time of her death, Cardwell, 35, had recently moved to the Chicago area from New Jersey, and was due to start work at Lutheran General Hospital. She was found in her room by her sister and a brother-in-law, who had come for a weekly visit, police said.

Detectives worked the case until 1993, but the case went cold due to a "lack of investigative leads," police said.

Niles police reopened the case in 2020, submitting "numerous pieces of evidence" to the Northeastern Illinois Regional Crime Laboratory in Vernon Hills. The DNA from some of the samples matched Sisto's DNA, police said.

Sisto had been living and working in the Niles area at the time of Cardwell's slaying, police said. He was on parole for a 1977 aggravated rape conviction out of Dallas, Texas, police said.

But police initially had no luck finding Sisto after the DNA match in late 2020.
"He had completely gone off the radar. He was living dark. He was nowhere to be found," Niles Detective Sgt. Michael Boba said.

Then in August of 2021, a police database search revealed that Sisto was in jail in Texas on a 2006 parole violation warrant, police said.

Niles detectives traveled to Texas, where they interviewed Sisto and took a DNA sample, police said. Investigators wouldn't divulge details of the interview, but Sisto was charged with Cardwell's murder.

Cardwell's sister, Noca Ervin, said she was grateful that Sisto was found.

"I'm so grateful that they decided to reopen this case, and I just appreciate everyone's efforts in solving her murder," Ervin said.