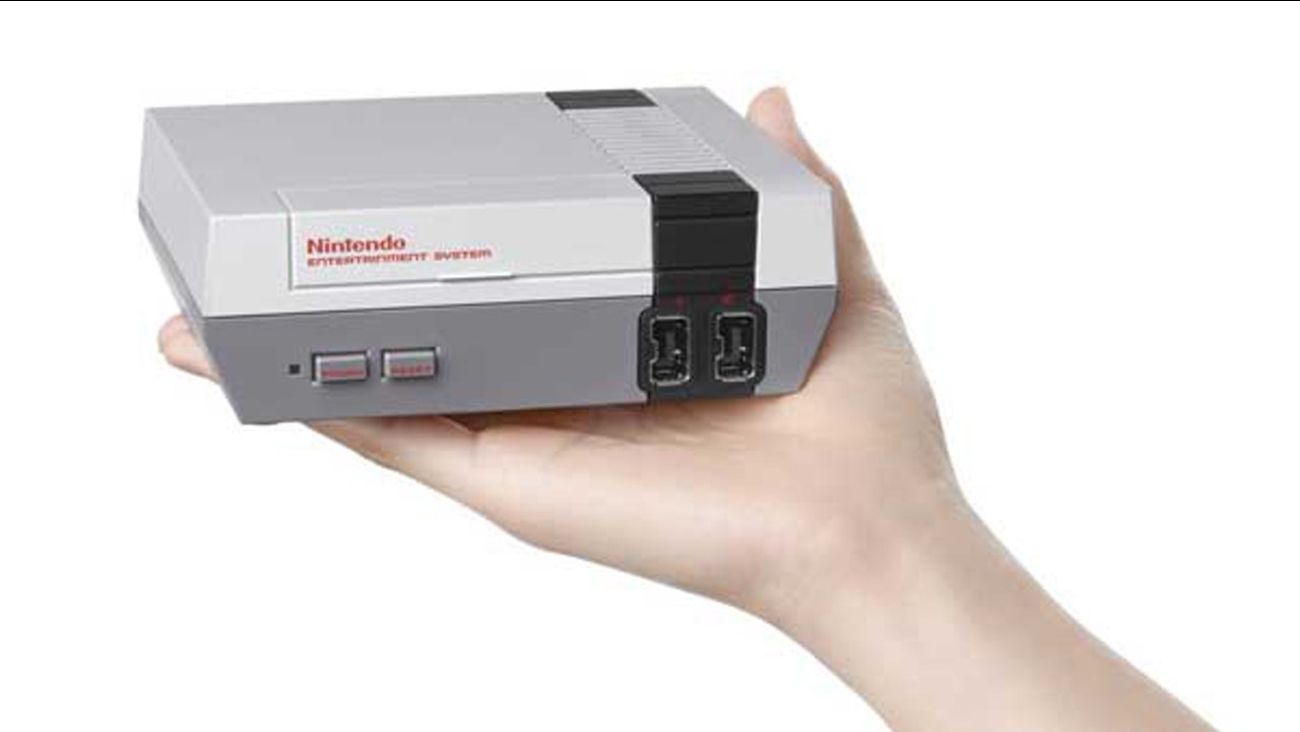 Nintendo has a blast from the past in the works.

Remember playing Super Mario Bros. and The Legend of Zelda as a kid on that big gray console?

The company said its original gaming system is making a big comeback - in a much smaller package.

The NES is coming back to stores! Pick up the new mini NES Classic Edition on 11/11 w/ 30 included games! pic.twitter.com/wFDw7lHWb7

Nintendo said the new NES Classic Edition is just like the NES, except it doesn't take cartridges. It includes 30 video games and can connect to a TV with an HDMI cable.
The system will go on sale Nov. 11 for the retail price of $59.99.

The console will come with an HDMI cable, USB cable and AC adapter. It features two ports for controllers that are replicas of the classic console controllers, and an extra one can be purchased for $9.99.
Here is a full list of the games that come pre-loaded in the system: