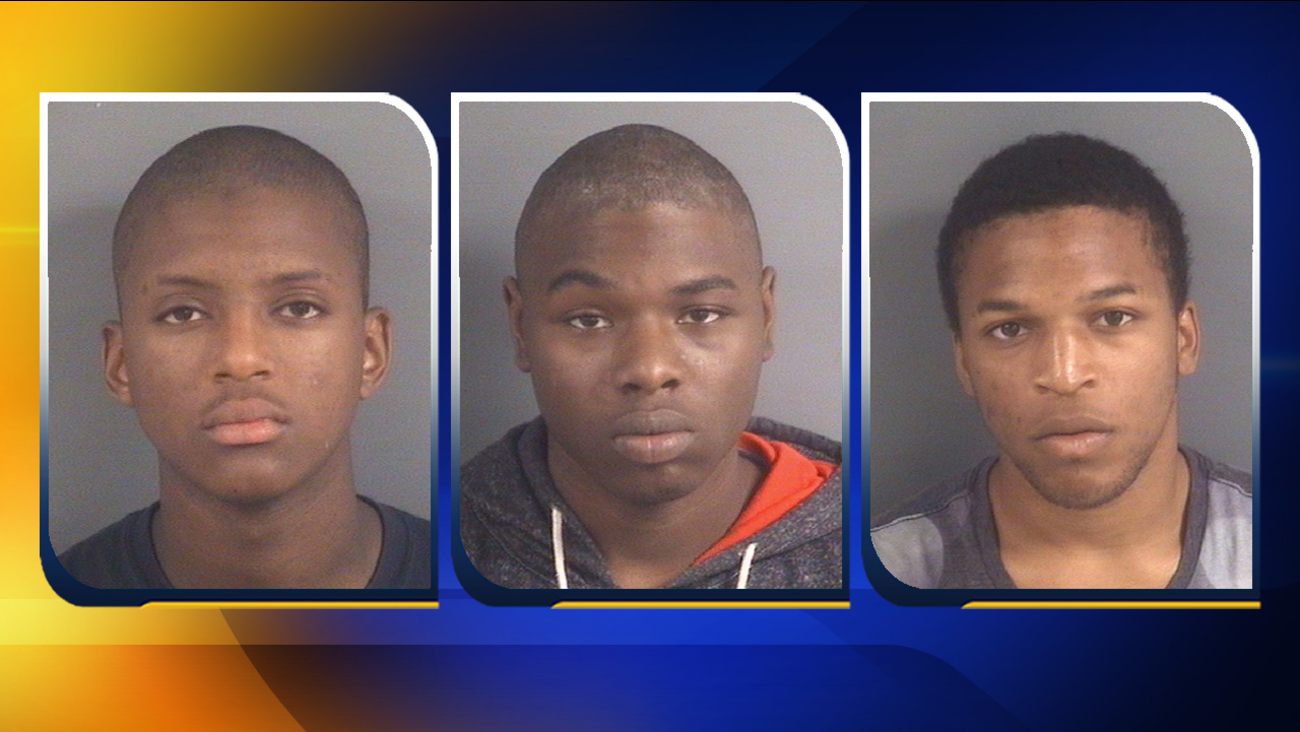 CUMBERLAND COUNTY, N.C. -- The Cumberland County Sheriff's Office has arrested three suspects for rape after receiving a tip from the Fayetteville Police Department regarding an accusation made in a Facebook live.

On Friday, authorities said Fayetteville police notified them of a rape that occurred in the 2000 block of Carbine Street.

Detectives contacted the victim and inquired about a posting of a sexual assault on her Facebook page.

The victim explained to the detectives that she had posted an ad for companionship online and was contacted by one of three men asking for a date.

When she arrived for the date on November 2, she was greeted by James Haywood III. She told authorities that Haywood escorted her to a bedroom where Jason Hammonds and Branden McKenzie were waiting.

Authorities said the victim told them the suspects displayed handguns and demanded her money.

After emptying her pockets, the victim was told to remove all of her clothes and perform sexual acts, according to detectives.

Approximately a week after the violent sexual assault and robbery, the victim told detectives that she was not sure where else to turn, so she told her story on Facebook live.

Detectives were able to corroborate the victim's account and arrested the three suspects on Sunday.

Haywood, 21, is charged with first-degree forcible rape, robbery with a dangerous weapon, first-degree kidnapping, and felony conspiracy. He received a $1.5 million secured bond.

All three suspects are in custody at the Cumberland County Detention Center.

Authorities believe there may be more victims who have not reported being robbed or assaulted by these suspects.