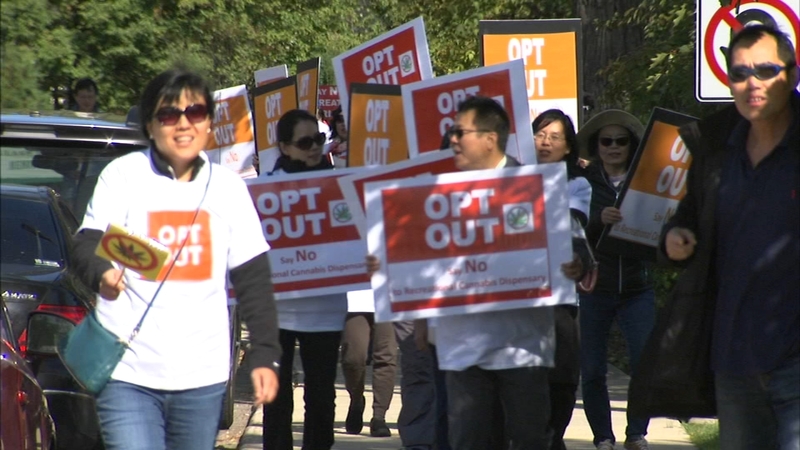 Earlier this month, village leaders proposed to amend the zoning code to allow a recreation marijuana dispensary to be opened with a minimum "500-foot separation from any public, private school or day care center."

They are considering opening two locations, including the downtown Northbrook area and the area near the public high school.

Protesters on Saturday said the distance isn't far enough from schools in the area.

"There are things you want to keep the kids away, but now you're actually making it easily accessible to your child," said Charlies Liu. "I don't think this is the right way."

Residents said they want politicians to hear from them before they make a final decision. They plan to address village leaders at a public hearing later this month.