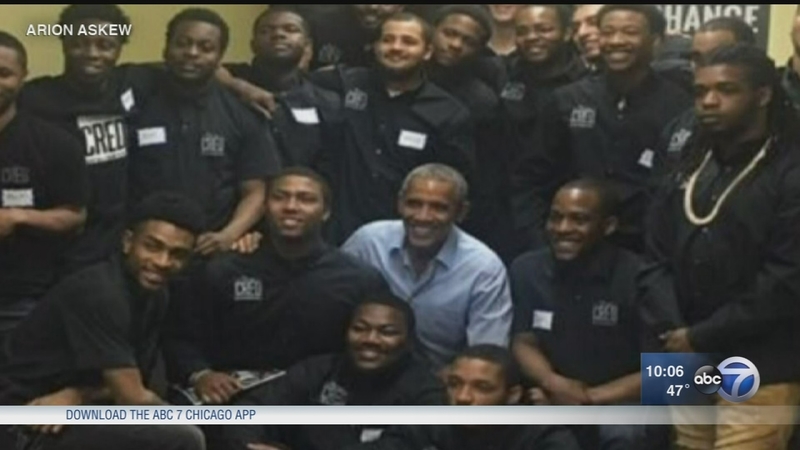 Even though he's no longer the sitting president, Obama's Kenwood home still draws lots of onlookers. In fact, it seems to be a major stop on the list of Chicago tourist destinations.

The Banks family spent much of the afternoon waiting for him to show up.

"I would say to him thank you for his service, for his compassion, and for the love that he has for the people of America," said Joanie Banks.

Obama is in Chicago for several events, including a meeting with young men trying to overcome the city's violence to find meaningful work as part of the foundation that former education Secretary Arne Duncan is working with.

Twenty men were chosen to meet with Obama for an hour and a long private discussion.

The last large public event Obama held in Chicago was in January while he still held office -- billed as his farewell address.

Monday will mark the beginning of Obama's return to a higher public profile with a discussion with another group of Chicago students about community organizing and civic involvement at the University of Chicago. It is by invitation only, though media will be allowed to cover it.

It is a point of pride for the University of Chicago, where he once taught, and near where his presidential library will be housed.