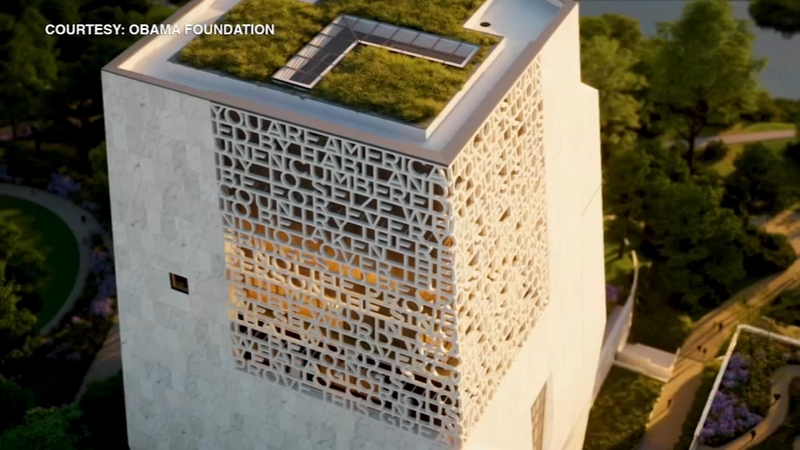 CHICAGO (WLS) -- The groundbreaking for the Obama Presidential Center will take place in mid-September.

In February, it was announced that the groundbreaking for the Obama Presidential Center in Jackson Park could start as early as August of 2021.

The project is moving forward after a four-year federal review and other delays, including concerns by activists that the center would displace South Side residents.

The center is expected to generate 700,000 annual visitors and more than $3 billion in economic development.

Earlier this month, the excerpt that will be carved into the exterior of the new museum was revealed. It comes from former President Barack Obama's "You are America" speech that marked the 50th anniversary of the Selma to Montgomery, Alabama march for voting rights.

Today, we’re excited to unveil the words that will appear on the exterior of the Obama Presidential Center Museum—a place to learn from history that will also offer future leaders inspiration and tools to write chapters of their own.

Watch the video below to see for yourself: pic.twitter.com/gWCpCGIf31

When young people from my old neighborhood on the South Side see the words “You are America” on the exterior of the Obama Presidential Center, I hope they believe it. Because they matter. They belong. And they have the power to shape this country for the better. https://t.co/qIiMJZTVsM