Supporters tout advantages of West Side bid for Obama Library 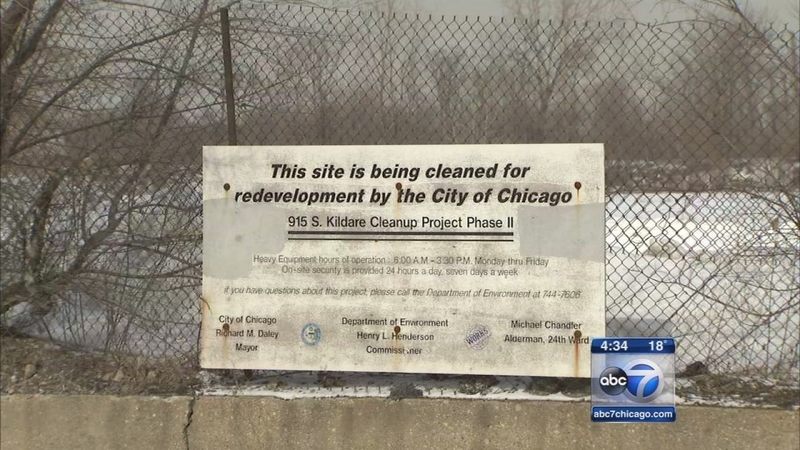 CHICAGO (WLS) -- A rally was held Monday on the city's West Side to make sure the Obama Presidential Library comes to Chicago.

This one is becoming known as the "other bid," offered by the University of Illinois at Chicago that West Side politicians say would have the most economic impact.

"It has been very clear, this is not a done deal," said Marcus Betts, a West Side library supporter.

Supporters stood inside the United Missionary Baptist Church, next door to 23 vacant acres at Roosevelt and Kostner on which UIC proposes building the Barack Obama Presidential Library.

"It's time for a regional renaissance on the West Side of Chicago," said Cmsr. Robert Steele, D-Cook Co. Board.

"This would be a tremendous legacy for the President of the United States of America," said Rep. Danny Davis, D-Chicago.

With Mayor Rahm Emanuel leading the effort to acquire park district land on the South Side for the University of Chicago's effort, the West Siders sent the Obama Library Foundation a reminder.

"We have no park land issues. In fact, we're the only bid in this competition that actually adds park land," Betts said.

The Obamas also are considering sites in New York City and Honolulu, the president's birthplace. Former White House aide David Axelrod is convinced the first couple will select somewhere in Chicago for what's projected to be a $500 million project.

"Wherever he puts this library he'll revive a part of Chicago that needs it," Axelrod said.

Cmsr. Jesus "Chuy" Garcia -- a West Sider running for mayor -- said he thinks the incumbent has spent too much time helping develop the South Side proposal.

"I think that he should be more open-minded and consider this part of the city that needs a real investment," Garcia said.

The West Side library supporters say they actually met with Mayor Emanuel last week and say they understand the mayor acted to secure the University of Chicago's bid.

But they say the very fact that extraordinary efforts were necessary on the South Side highlights the advantages of the West Side proposal.