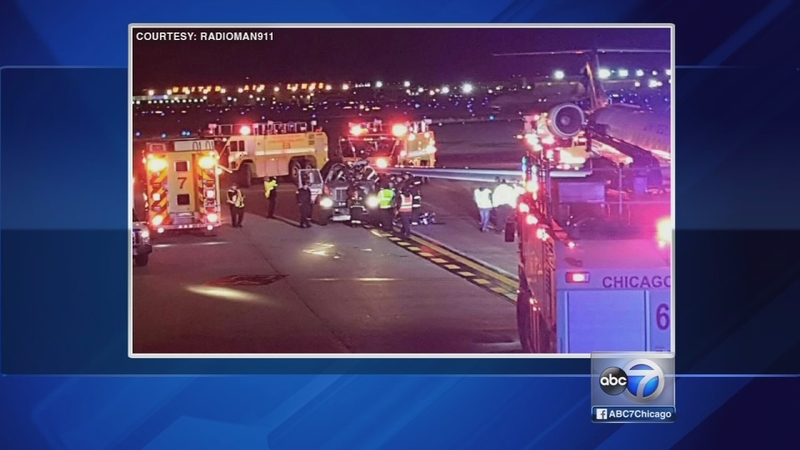 There were two crashes involving airplanes and trucks at O'Hare in the last two days. Two people were hurt in the most recent collision.

Around 11 p.m. Sunday, a fuel truck smashed into a Go Jet Airlines flight.

An airline spokesperson said GoJet Flight 3693, operating as United Express, was standing still just before takeoff when a fuel truck crashed into the plane's wing.

The flight was headed to Omaha, Nebraska. There were 65 passengers and 4 crew members on board. No one on the plane was injured.

National Transportation Safety Board investigators are looking into what caused the crash.