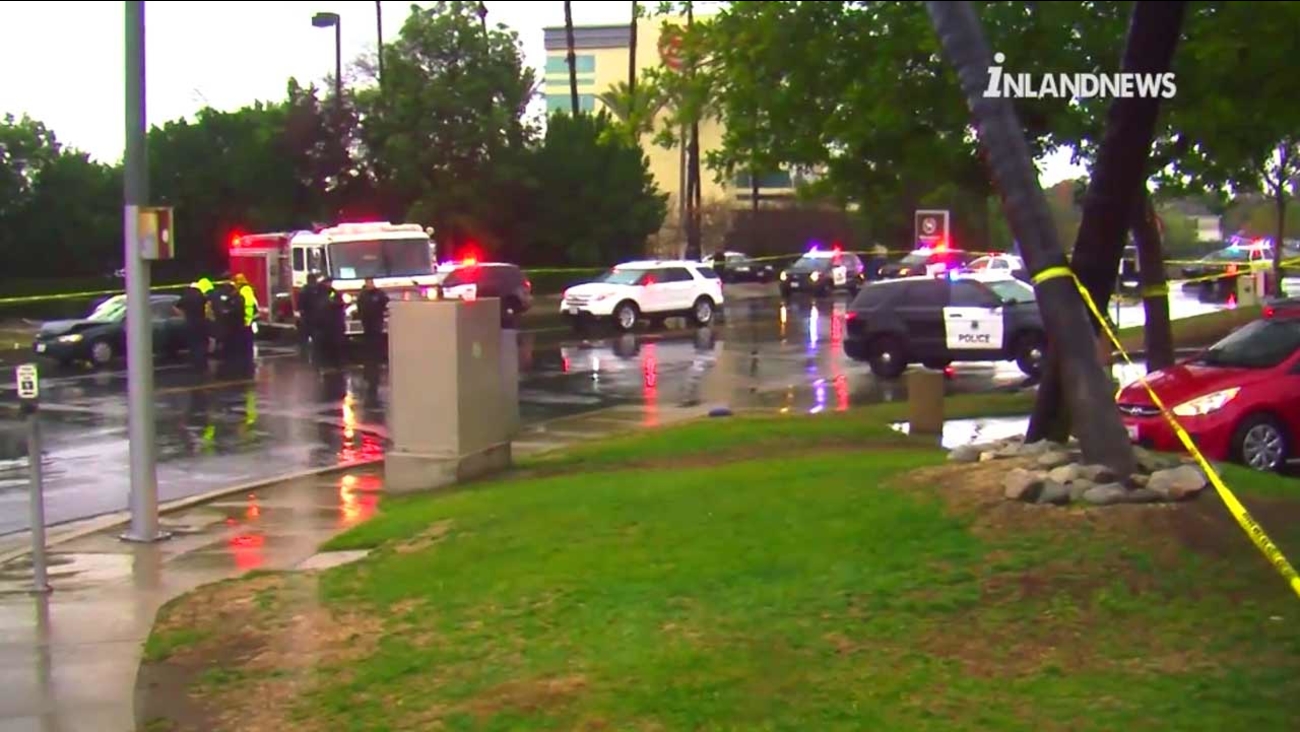 Ontario police investigate a fatal shooting near the intersection of G Street and Vineyard Avenue on Tuesday, Jan. 5, 2016.

ONTARIO, Calif. -- A suspect wanted for allegedly killing a man in front of his two young children, ages 1 and 4, in Ontario was found hiding in a backyard chicken coop, police said.

Angel Hernandez, 40, was shot to death as he drove near the intersection of G Street and Vineyard Avenue Tuesday afternoon. His young children were in the backseat of the vehicle.

On Thursday night, detectives found Frias hiding in a backyard chicken coop in the 200 block of E. Phillips Street. The suspect refused to come out, so a police K9 was deployed and Frias was taken into custody.

The suspect, a parolee, was armed with a loaded handgun. Forensic investigators are now working to determine whether the suspect's gun was used in Hernandez's murder.

Frias was hospitalized and treated for minor injuries sustained during his arrest. He was booked at the West Valley Detention Center for murder.