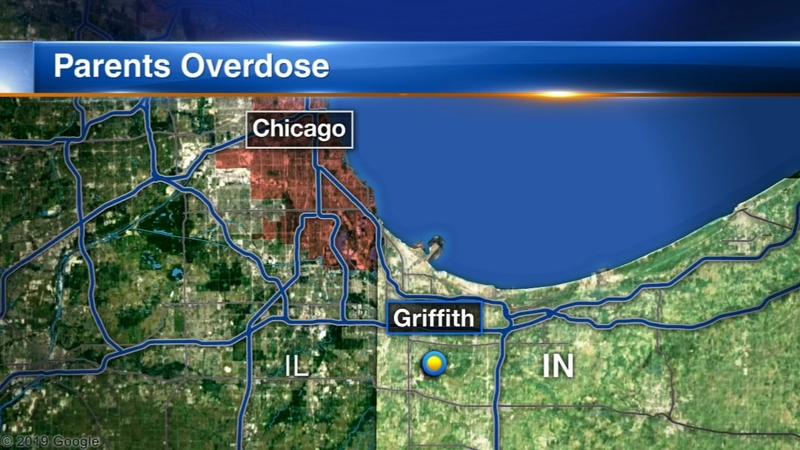 GRIFFITH, Ind. (WLS) -- Two parents were found dead of apparent overdoses after one of their children called the police in Griffith, Indiana.

Griffith police said officers were called to the 900-block of West Glen Park Avenue Tuesday night by a child, who said they hadn't seen their parents since they went into their bedroom early Monday night. The child told police he had looked into the bedroom Monday night, but it appeared his parents were sleeping so he went to bed as well.

When paramedics arrived, they found a 48-year-old man and 44-year-old woman in bed, both dead. Police said they found a white powdery substance in lines on a nightstand mirror and other drug paraphernalia commonly used to ingest narcotics in the bedroom.

Two children, aged 10 and 11, were taken to Munster Community Hospital as a precaution for assessment because of the drugs found in the home, police said. They were then released to the Department of Child Services.

Police said there were no obvious signs of trauma or foul play.