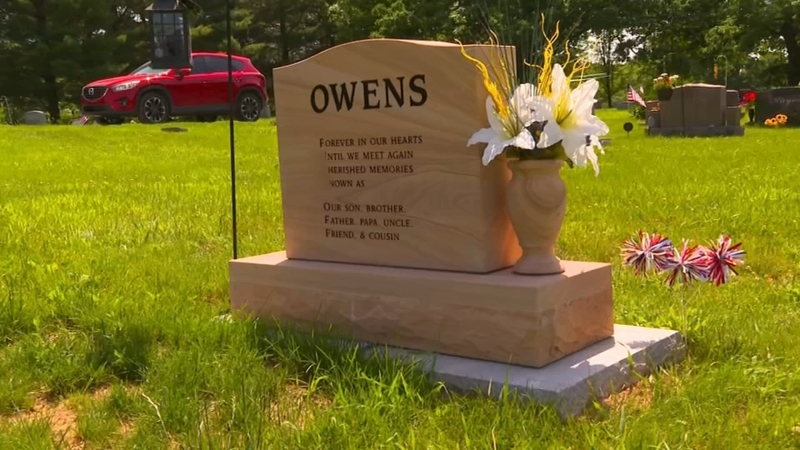 POLK COUNTY, Iowa -- A headstone in Iowa is causing a bit of a ruckus because of a hidden message that some people are finding offensive.

In the Warren-Power Cemetery each headstone reads something different, some even with hidden messages like the one on Steven Paul Owens' gravestone.

If you look a little bit closer at the first letter of each phrase it reads out to be "F--- Off."

It's a phrase the Owens' family said he would often use jokingly.

"It was definitely his term of endearment if he didn't like you, he didn't speak to you. It's just who he was," she said.

It's something his family did as a harmless way to remember their loved one, but now it is being called into question by the cemetery.

Staff said they've been against the headstone from the beginning. They said the profanity has no place where loved ones are laid to rest.

Now the family is hoping they don't have to get rid of the gravestone.

While some may find it offensive, the family says that wasn't their intention and they hope others can find humor in it.

"No one's forcing anyone to come out and look at it. That's a choice that you make, we didn't do it to offend anyone, make anyone mad or hurt anyone's feelings. We did it because it was our father and we love him and that's the way that we remember him," son Zachary Owens said.