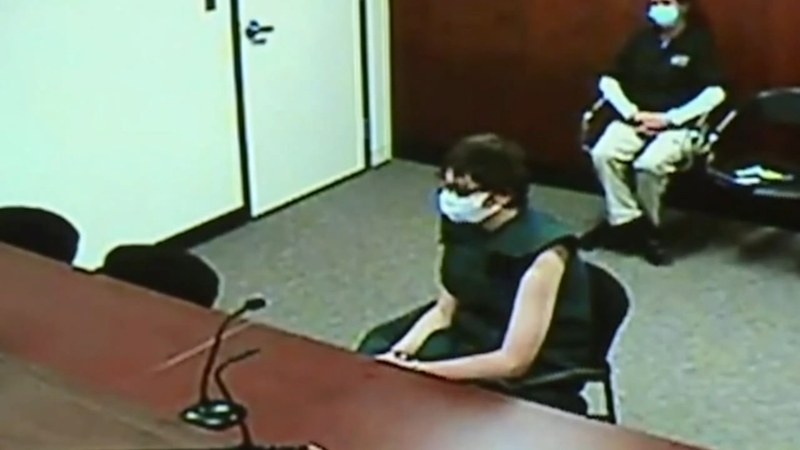 DETROIT -- The attorney for accused school shooter Ethan Crumbley broke her silence in an exclusive interview with WXYZ.

Paulette Michel Loftin is the newly appointed attorney for the 15-year-old who allegedly killed four students at Oxford High School. Crumbley is behind bars facing numerous charges, including terrorism and four counts of premeditated murder. Those charges could potentially lead to life in prison.

Loftin said she has met with her client several times over video. She cannot discuss those conversations, but said she has already asked for more resources, which were granted.

"There's a lot to look at," Loftin said. "I've not been provided with anything yet, but I know that's forthcoming."

There are thousands of pages of police reports, videos, search warrants and other crucial evidence in the case of the deadly school shooting to examine and Loftin said she has already begun that work. After several meetings with Crumbley over video and regular communication with prosecutors, Loftin said she's not planning to confer with legal counsel for his parents, who face charges of their own of involuntary manslaughter.

"My focus is solely on Ethan and Ethan's case," Loftin said. "I don't anticipate that the three of us will be working together since they're not charged on the same case."

Loftin said she plans to move forward in reviewing evidence with a court hearing set for Monday. She added that the next steps include waiting for the prosecutor to go through discovery to redact information not intended to be made public. From there, she said she'll be working with a court-approved co-counsel to assist her in examining a massive amount of information.

With 12 years of experience handling capital murder cases, Loftin said she considered a lot of facts in agreeing to represent Crumbley, including how parts of the case have played out in the media.
"Obviously, the media is involved. I thought it was very important to make sure Ethan's rights are protected," Loftin said. "Even being charged with very serious crimes, people still have rights."

Looking ahead, Loftin said she acknowledges the impact unique circumstances of this case.

"I know there are so many emotions behind this case as there should be," Loftin said. "There are a number of details that haven't been presented and haven't been brought to light. Hopefully, that will come in due time."

Loftin added that it's her responsibility to inform her client, who's charged as an adult, of the evidence against him.

"I have to make sure my client understands every single piece of evidence that's going to be potentially against him and that's my job," Loftin said. "As a defense attorney, it's not as though I'm defending his actions. I'm defending him to make sure his rights are preserved."

Loftin said there could be delays in court hearings, simply based on the mountain of evidence and time it takes to go through it all.