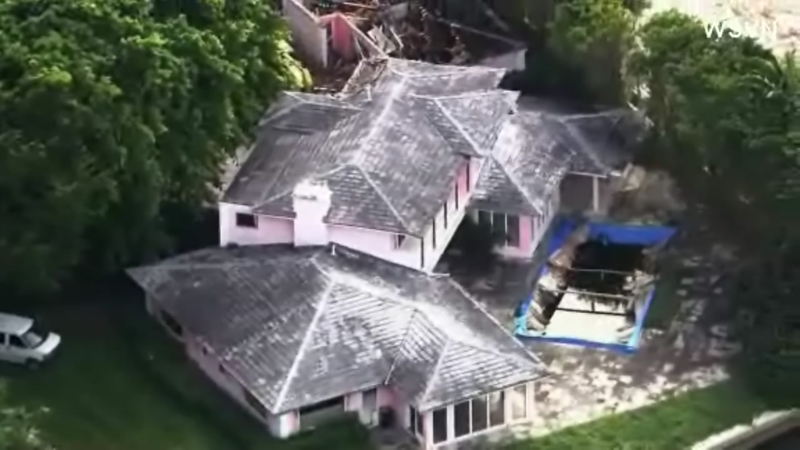 MIAMI BEACH, Fla. -- A vestige of the drug wars that made Miami notorious for violence and smuggling is being torn down.

Watch the video above to see an aerial view of the demolition.

The U.S. government seized it in 1987. It was acquired in 1990 by a private owner, and Chicken Kitchen owner Christian de Berdouare bought it in 2014.

De Berdouare wants to build a modern home on the site. Watching construction excavators tear into the mansion, he said he was elated to see "the house of the devil" disappearing.