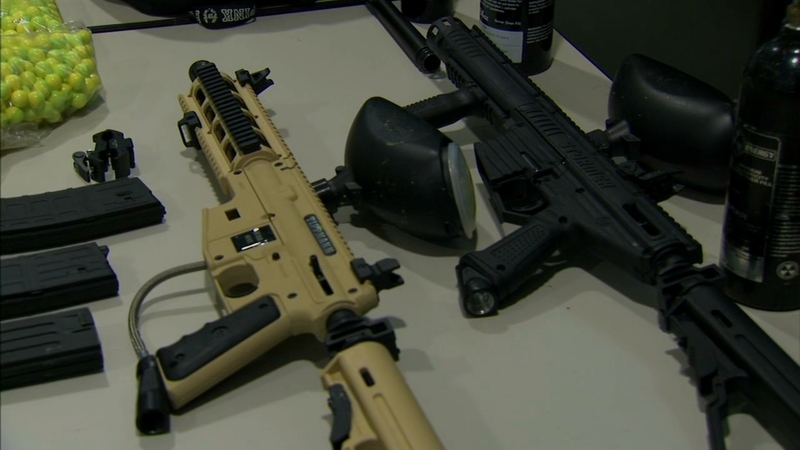 CHICAGO (WLS) -- Chicago police announced six arrests Friday evening for the latest in an explosion of paintball attacks and shootings around the city.

There have been 208 paintball shootings reported across the city in September and October, according to records obtained by the Chicago Sun-Times. That's nearly five times the 42 attacks reported between January and August.

Though the shootings have been recorded all over the city, the South and West sides have seen the brunt of them. The Englewood and West Englewood community areas saw the most attacks, with 17 combined shootings reported in September. (CPD did not release specific data on where the shootings have taken place in October.)

In the past 24 hours, seven people were attacked in the Chicago Police Department's 10th District, which covers the Lawndale and Little Village neighborhoods, Chicago police said. One victim lost an eye. Five paintball guns were recovered during the six arrests made, according to police.

Deputy Chief Ernest Cato said six people were arrested Friday after being found with paintball guns and assorted paraphernalia. Detectives are investigating whether those in custody carried out any of the seven latest shootings.

Two glass workers at a Vans store in the Loop were also targeted earlier Thursday. They declined medical treatment.

"Using a paintball gun on an unsuspecting person is not only reckless, but also extremely dangerous," a CPD spokeswoman said. "The projectiles can cause serious injuries and the shooter can be charged with a felony. CPD urges residents to stay vigilant of your surroundings and report any suspicious activity to police."

A CTA bus driver was hit by pellets from a paintball gun and had to be taken to the hospital Monday night.