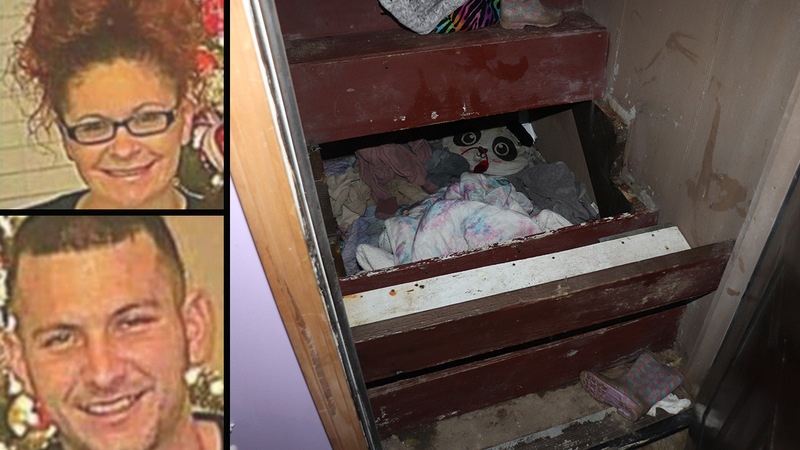 Girl missing for 2 years found hidden in staircase of home

SAUGERTIES, New York -- Police in New York say a girl who has been missing since 2019 has been found alive.

Paislee Shultis was found under the staircase of a home after a police search on Monday, authorities said.

At the time of the search warrant execution, the owner of the home denied having any knowledge of the child's whereabouts telling officers that he had not seen the child since she was reported missing in 2019.

A little over an hour into the search, police say the child was located in a makeshift room, under a closed staircase leading to the basement of the home.

Detectives used a tool to remove several of the wooden steps, and that is when detectives saw a pair of tiny feet.

Upon removing the boards, authorities say Paislee and her abductor, Kimberly Cooper, were found hiding in the dark and wet enclosure.

Paislee was four years old when she was reported missing on July 13, 2019. She is said to be in good health.

Her non-custodial parents have now been charged.

Kimberly Cooper, 33, has been charged with second-degree custodial interference and second-degree endangering the welfare of a child. Cooper was also wanted on a warrant from the Ulster County Family Court.

Kirk Shultis Jr., 32, will face charges of first-degree custodial interference and first-degree endangering the welfare of a child.

Kirk Shultis Sr., 57, was charged with first-degree custodial interference and endangering the welfare of a child.

Both Shultis Jr. and Sr. were arraigned and released on their own recognizance. Orders of protection have been issued against all three defendants.