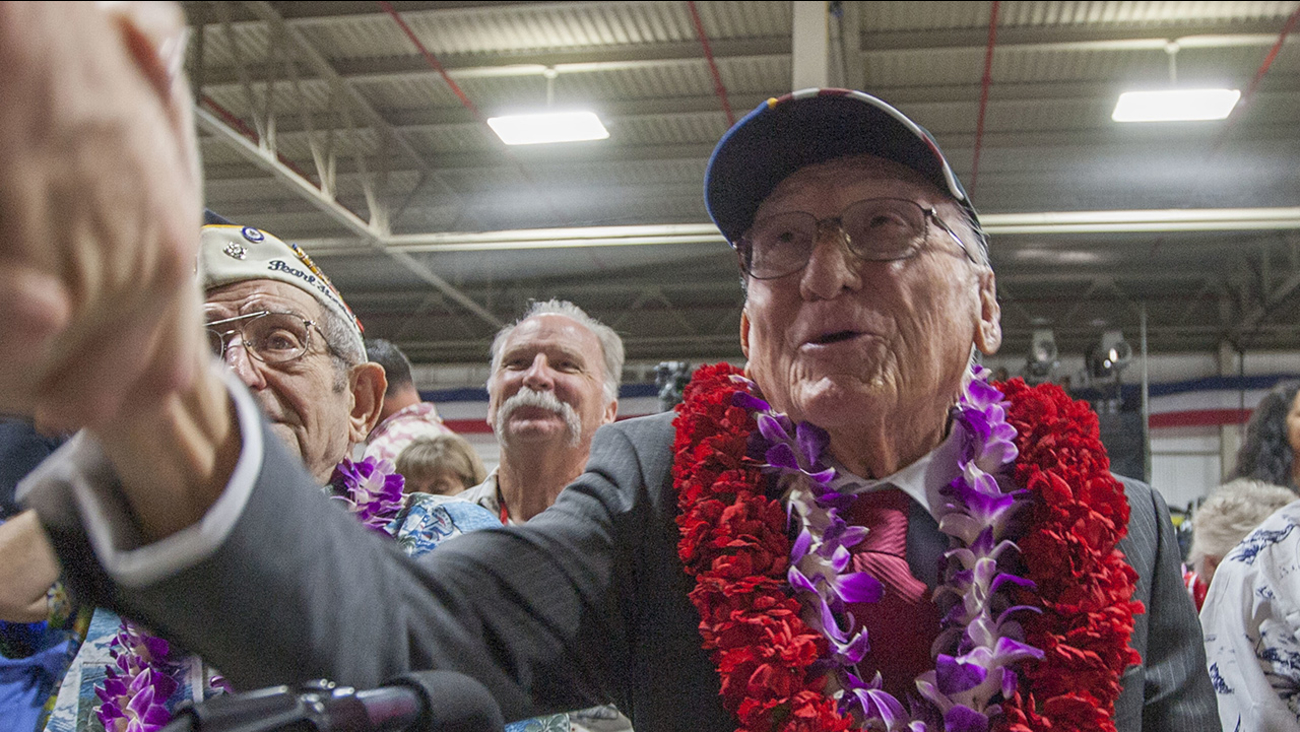 Donald Stratton, a USS Arizona survivor, shakes the hand of an admirer at Joint Base Pearl Harbor-Hickam, Dec. 7, 2016, in Honolulu. (AP Photo/Eugene Tanner)

Stratton passed peacefully Saturday night in the company of his wife of 70 years, Velma, and his son Randy.

He joined the Navy in 1940, and his first ship was the USS Arizona. During the 1941 attack, Stratton and five others were stranded in the ship's burning forward mast but saved when a sailor threw them a line.

Despite suffering from burns on 70% of his body, Stratton reenlisted in 1944 and went on to serve in Guinea, the Philippines and Okinawa.

In later years, he went on to published a memoir, "All the Gallant Men: An American Sailor's Firsthand Account of Pearl Harbor," which became a New York Times bestseller.

Flags will be flown at half staff at the USS Arizona Memorial in honor of his life and service.

"One of Donald's final wishes was that people remember Pearl Harbor and the men aboard the USS Arizona. Share their story and never forget those who gave all for our great country," a post on Stratton's Facebook page said.