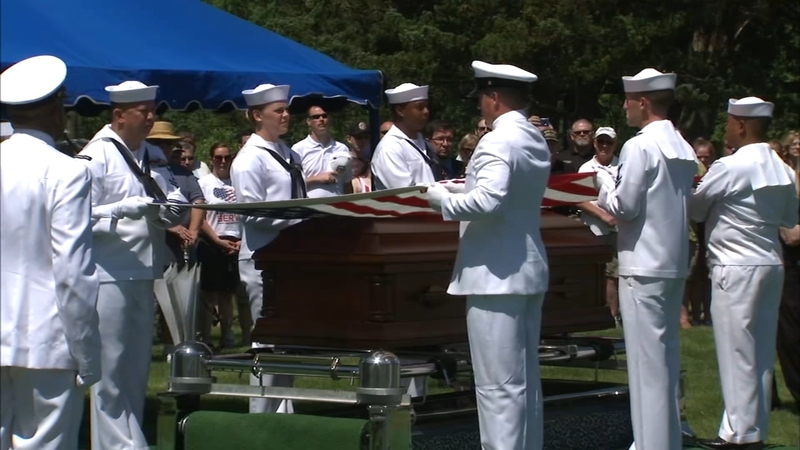 BATAVIA, Ill. (WLS) -- A sailor from the Chicago area finally returned home Monday after being killed at Pearl Harbor more than 70 years ago.

Walter Backman was killed aboard the U.S.S. Oklahoma when the ship was attacked at Pearl Harbor. He was buried as an unknown soldier until his remains were identified a few months ago. Backman's remains were re-buried with full military honors in Batavia in a memorial plot donated to his parents in his honor decades ago.

"I think it's fitting and very appropriate on the day we look to remember the fallen," said Walt Pickens, Backman's nephew. "He is finally laid to rest."

Backman was killed before his nephew and namesake Walt Pickens was even born. Pickens' mother was Backman's younger sister. She died three years ago.

"It's a shame she didn't live long enough to see this day come," Pickens said.

But this day would not be possible without her: Backman's remains were able to be identified due to a DNA sample that Pickens' mother provided to the government several years ago.

"We knew it had been done, but we never believed it would result in his remains being identified. Never thought it would be possible," Pickens said.