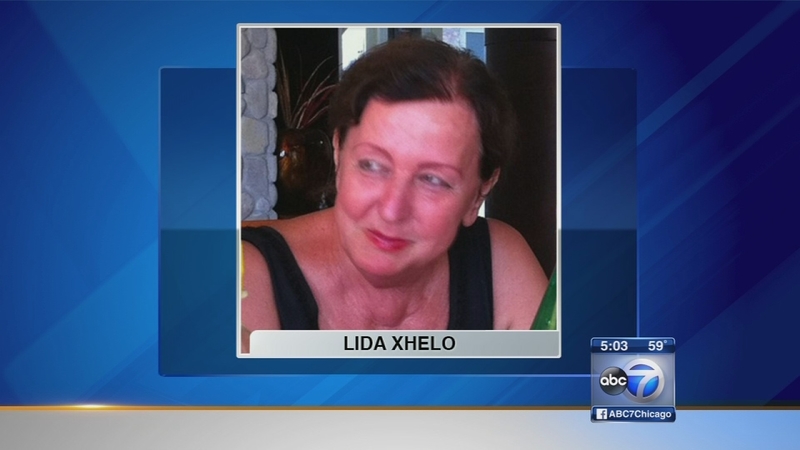 CHICAGO (WLS) -- Charges are pending against the driver involved in a crash that killed Lida Xhelo, 62, in Chicago's Belmont Cragin neighborhood.

Police said she was standing on the sidewalk in the 5900-block of West Belmont Avenue was fatally struck around 6:45 p.m. Tuesday after a car jumped the curb, hit her and dragged her as it barreled through a nearby fence.

Xhelo, of the 6000-block of West Eddy Street, was taken to Our Lady of the Resurrection Medical Center, where she later died.

She is described as a hard-working woman who would do anything for her family. That dedication is why she left her native Albania last year to live with her daughter's family in the city's Northwest Side.

"(She) came over here to help us with our kids and was my son's best buddy," said Elton Kaci, Xhelo's son-in-law.

Still, adjusting to life in Chicago was hard for Xhelo, but she did manage to get a job outside of the home as an adult caregiver.

Her family says she was heading home from work, getting off a bus at Belmont and Austin when the incident occurred.

Kaci says the deadly crash has devastated his wife.

"She started to blame herself for bringing her mother here," Kaci said.

He said his 9-year-old son is also having a hard time with the news.

"In her pocket, actually, we found some words that my son gave her to teach her English," Kaci said.

The driver of one of the vehicles involved in the crash was taken into custody and charges are pending, police said.

In the meantime, Xhelo's family is making arrangements to bury her in Albania.