The athlete and coach was in the vehicle with his 8-year-old son, who remains in critical condition.
KTRK
By Roxie Bustamante 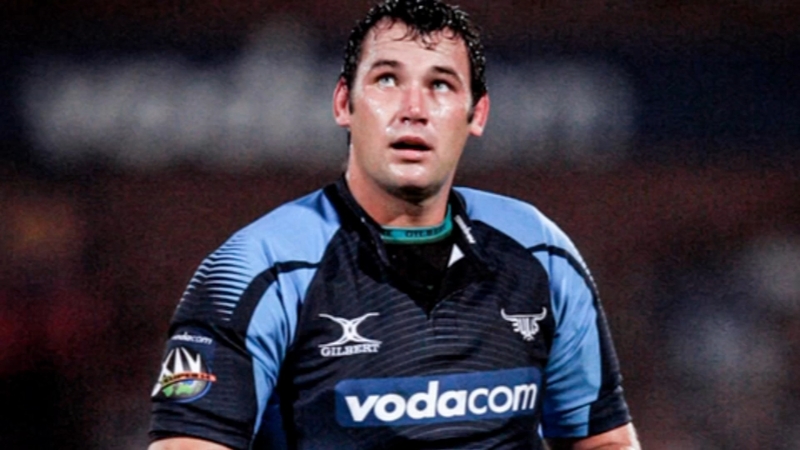 HOUSTON, Tx. -- Pedrie Wannenburg, a former international rugby star, was killed in a car crash caused by a teen driver who was fleeing from deputies in Texas, according to authorities.

It happened just before 6 p.m. Friday when a deputy was chasing a 16-year-old driver in northwest Harris County.

The teen suspect struck two other cars after he fled, according to the sheriff's office.

The driver of one of the vehicles struck was Wannenburg, who was pronounced dead.

Also in the car was his 8-year-old son, who is in critical condition with life-threatening injuries, according to Harris County Sheriff Ed Gonzalez.

Wannenburg played for the Vodacom Bulls and Springboks. He was based in Texas and coached the Austin Elite Rugby in the North American Major Rugby League. He was also the head coach of Rice University's rugby club.

"He also coached his son's little league team and you probably don't have enough fingers to count the amount of coaching jobs he's had in the last year (or) year in a half, alone," Koelsch said. "He's just a very servant-minded person, very selfless. Very willing to give his time and his efforts."

The team set up a GoFundMe page to help Wannenberg's family.

The Brazos Little League Team along with members of the family's neighborhood, gathered Saturday night for a prayer vigil.

Mandi McDougal, who is assistant to the league's board, told ABC13 she visited Wannenburg's son at the hospital and said his condition was improving.

McDougal said the Wannenburg family was a tight-knit family that did everything together.

"They were such a sweet family that everybody knew them," McDougal said. "Everybody loved them. Even if they only met them a few times, because the impact they make as a family."

The Brazos Little League Team also started a GoFundMe to help the family with funeral expenses.

We are devastated at the passing of Vodacom Bulls legend Pedrie Wannenburg.

Our heartfelt condolences go out to the Wannenburg family 🕊 pic.twitter.com/ePecg3nSYU