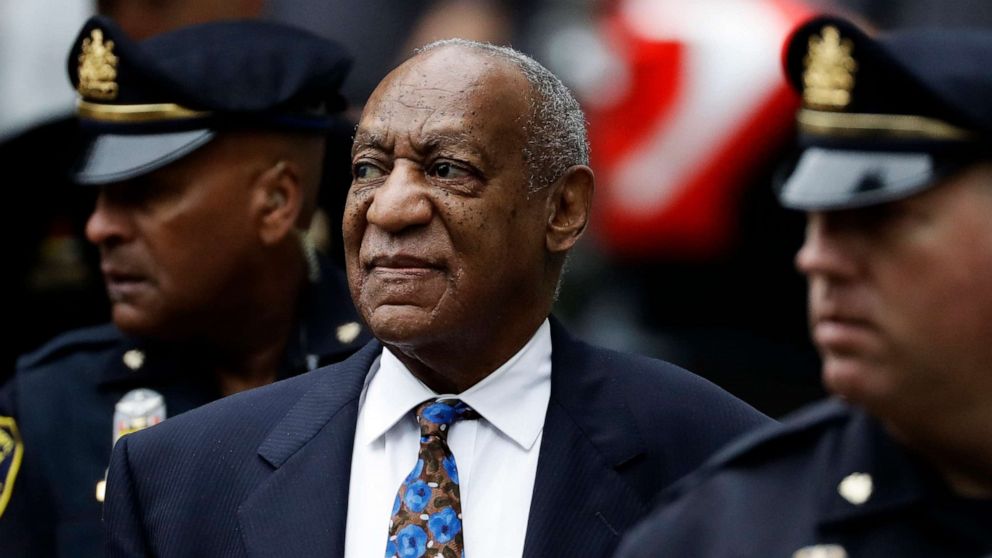 The Pennsylvania Supreme Court has agreed to hear two points in Bill Cosby's appeal to overturn his 2018 sexual assault conviction.

Cosby, 82, was convicted in April 2018 of three counts of indecent assault and battery for drugging and sexually assaulting former Temple University employee Andrea Constand in 2004. He was sentenced to three to 10 years in state prison in September 2018.

The Supreme Court will consider two of the four key arguments in Cosby's appeal. One is the admission into trial of "prior bad acts" witnesses and Cosby's 2005-2006 quaalude deposition. The appeal argues that the trial judge erred in allowing Cosby's prior deposition about using quaaludes during consensual sexual encounters with women in the 1970s at trial.

The second point is a written agreement from previous Montgomery County prosecutor Bruce Castor not to criminally prosecute Cosby in the Constand case. Castor had testified that while he was district attorney, he promised Cosby he would not file criminal charges if the entertainer would testify in a civil lawsuit Constand filed against Cosby in 2005. Cosby testified during four days of depositions by Constand's attorneys, and the civil lawsuit was settled for more than $3 million in 2006. Prosecutor Kevin R. Steele later brought criminal charges against Cosby in 2015 after succeeding Castor as the county's district attorney.

Steele's office issued a brief statement on Tuesday: "The Pennsylvania Supreme Court has narrowed the issues on appeal, limiting them to prior bad acts and the sovereign edict. We look forward to briefing and arguing these issues and remain confident in the Trial Court and Superior Court's previous decisions."

Castor was unaware of the court's decision when reached by ABC News on Tuesday, but said he was gratified by the decision after reading a copy.

"I've always thought it was strange that the trial court didn't apply more weight to my statement that this was a quid pro quo in order to obtain justice for the victim in a case that I did not think could be won based on available evidence," said Castor, who went on to serve as Pennsylvania state attorney general before retiring.

"And as it turns out it could not be won," Castor said, referring to a 2017 mistrial that preceded convictions in the second trial in 2018.