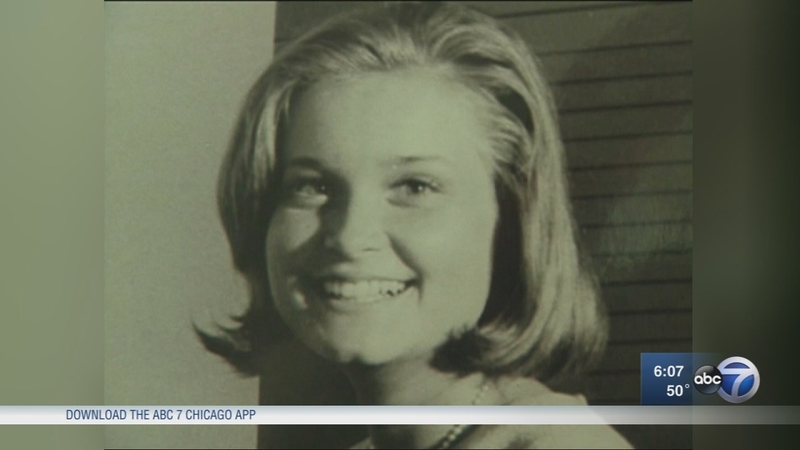 Fifty years after one of Chicago's most mysterious and notorious crimes-the murder of a U.S. senator's daughter-there is a new twist in the investigation.

Valerie Percy was stabbed as she slept in her family's Kenilworth home in 1966. Her sister, Sharon, was in an adjoining bedroom.

In a new filing, Sharon Percy, now 71, made an emotional appeal to the court concerning "a horrible chapter in my life," and said the public release of the files would not help authorities. An I-Team camera was inside the Cook County Court Friday.

"The last time I saw her was midnight, and I had returned her raincoat to a closet which belonged to her in her bedroom and she was already asleep. I said good night Val, and she murmured good night," Percy said.

Sharon Percy Rockefeller talked with the I-Team in 2006 during the only interview she has ever granted. She said since that day nothing has been the same.

In court Judge Anna Helen Demacopoulos was ready to issue her ruling in the secret records case, but had to put it off until December because of information still to be filed by government agencies.

"Extremely frustrating we are now 11 months into this and we don't have a written response from the medical examiner's office," said Demacopoulos.

Attorneys trying to dislodge the files suggested the family may be concerned about how the police records will reflect on them.

"There were comments made by the Chicago Police Department detective who was involved in the case saying it appeared the family was allowed to leave town for an extended period of time and not available for comment early in the investigation. So that's the type of issue we think ought to be scrutinized," said Matt Topic, FOIA attorney.

Oddly, even though Percy Rockefeller has spent her career running a TV station, she's asking the media to back down on efforts to obtain public records. On Saturday, they reiterated what she told me a decade ago.

"It's been a source of sadness all our lives...I think I have probably tried to live for two," she said. "I have had every year a sort of celebration on September 18 for my family, I have brought them together. I visit her grave every time I go to Chicago, send flowers. You just want to remember the person."

Authorities have never said that there was a motive or a prime suspect in the Percy case.