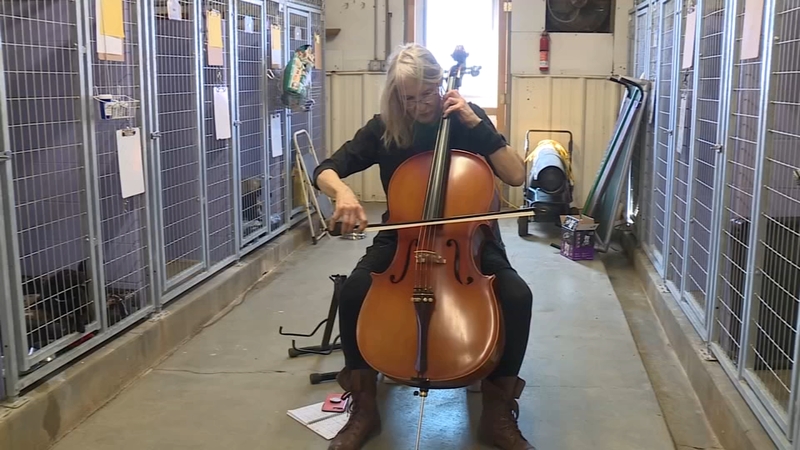 PAPILLON, Neb. -- A Nebraska cellist's music is going to the dogs - literally.

Cheryl Wallace has been playing for puppies at various dog shelters for the last six months.

"I'm a musician and I heard that music can calm shelter dogs," Wallace told KETV.

Some veterinarians agree that music is beneficial to dogs.

"There are some studies that have shown that playing music and specifically classical music, and actually calm down animals and lower that stress response to an environment like a shelter or a rescue," said Mike Rukstalis, a veterinarian with the Papillion Animal Hospital.

Wallace's music appears to help the dogs relax and get ready for adoption.

"Now, if you were playing in a concert hall and your audience went to sleep, you might be insulted," said Wallace. "But for me that is a high compliment."